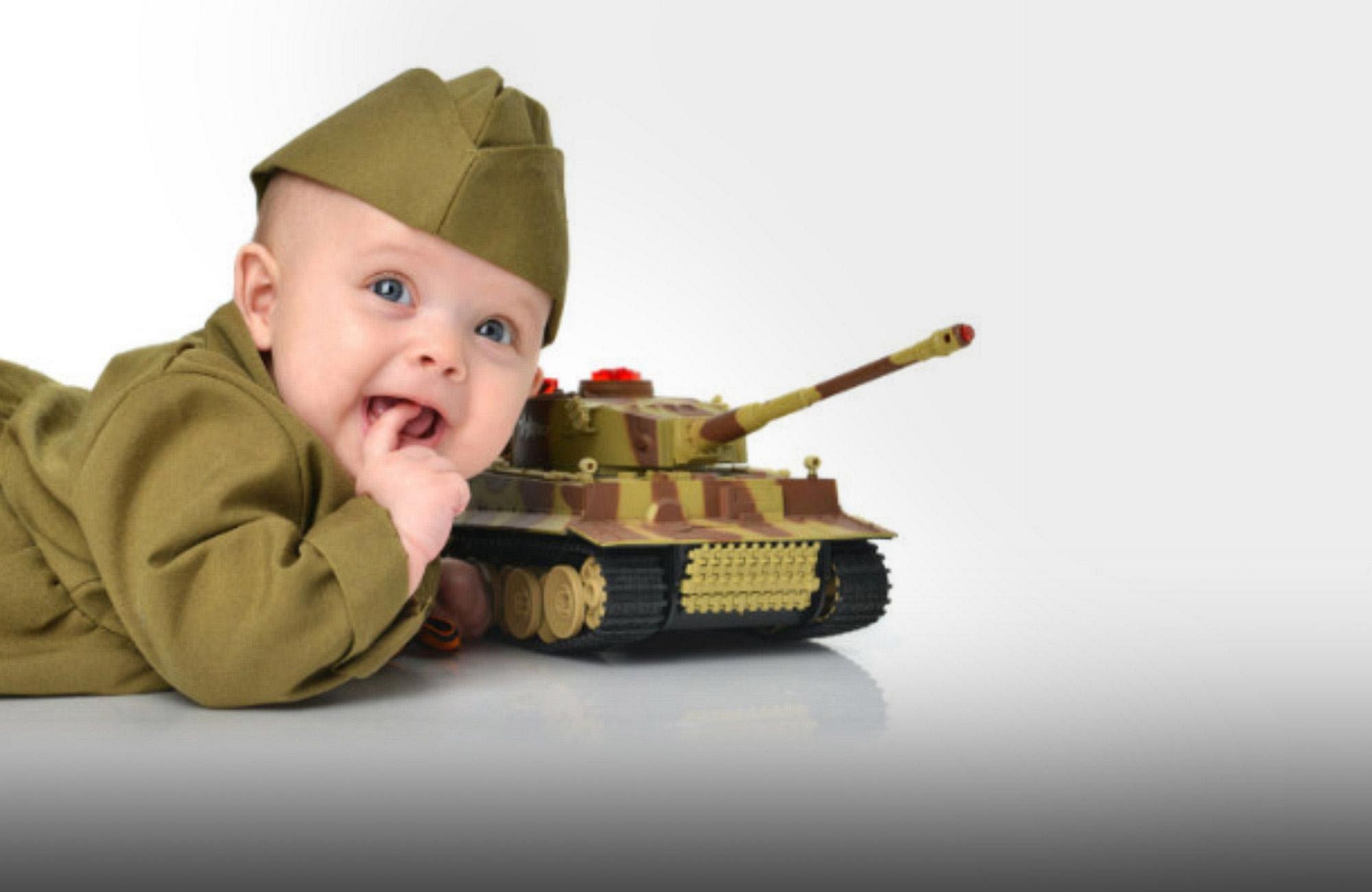 Are We Born Hardwired For War?

Are We Born Hardwired for War? Is War in our DNA? presented at International Conference of Museums of Peace in South Korea sponsored by the No Gun Ri International Peace Foundation.

Lesson 1: Do We Need to Fight to Survive?

On the next page is “My Conflict Examination Tree”! Ask for a volunteer to suggest a symptom of a fight going on inside her or him. Then ask for possible causes, what he or she understands about the conflict, and finally his or her plan for preventing it. Allow as many volunteers as possible to do this. Have an open discussion with students on what they find. 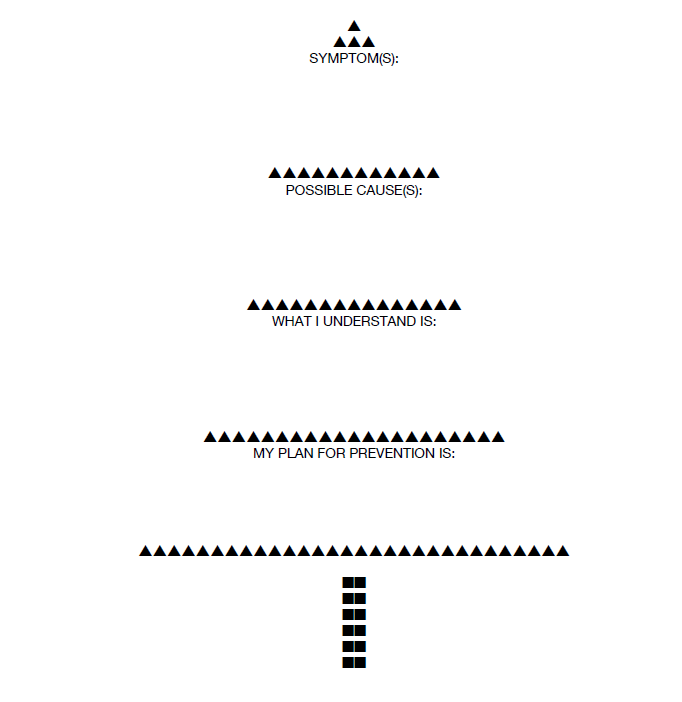 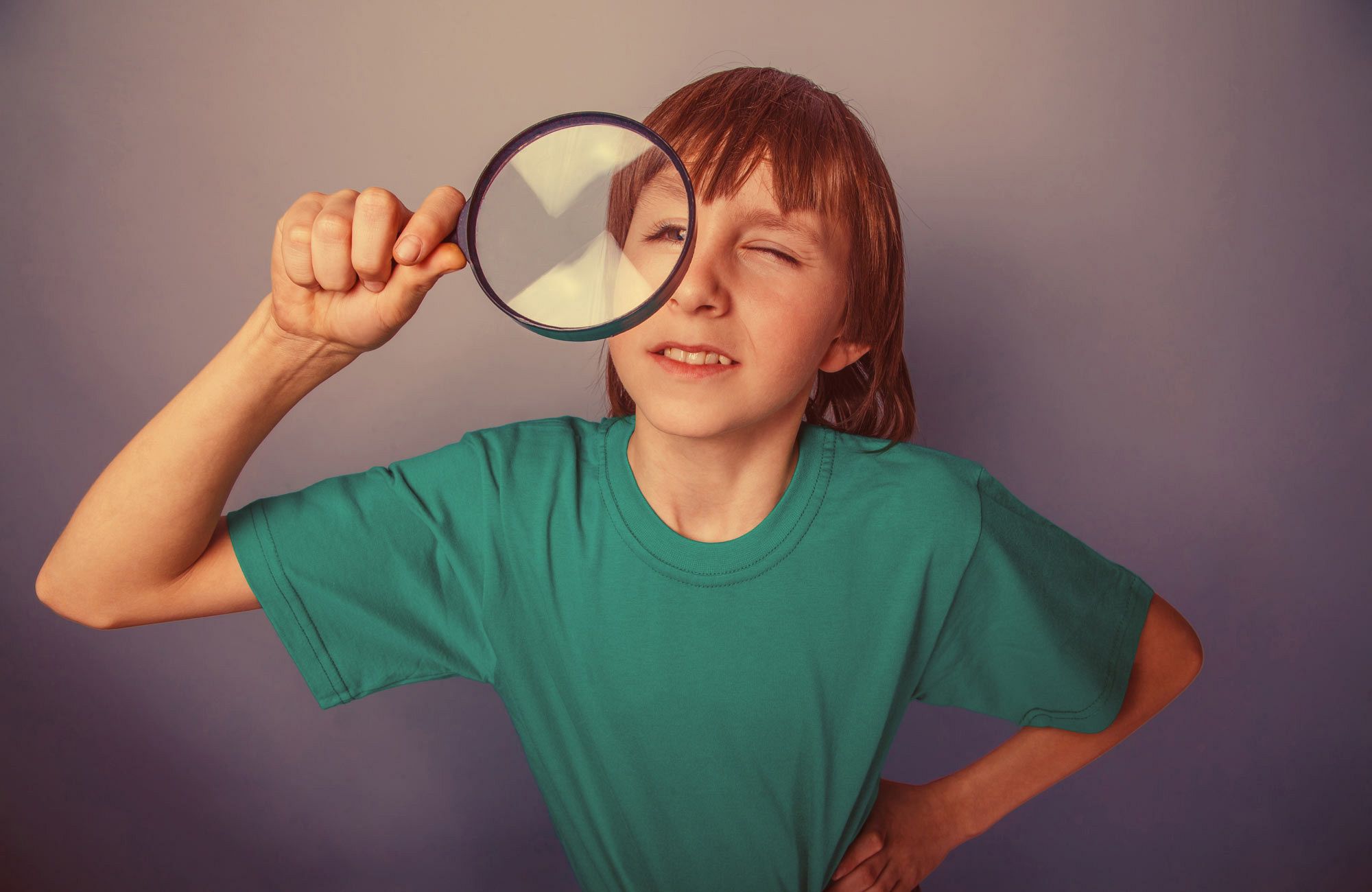 Lesson 2: How Can I Be A Sleuth for the Truth?

The most intelligent group in the world is the one we all belong to: The human race on Planet Earth.

Tell students: U.S. President Franklin Delano Roosevelt said, “The only thing to fear is fear itself.” Ask: What do you think he meant by that? What does this quotation mean to you?

Talk with students about things that scare them – and how they can help each other not be afraid.

Activity 2: People and Things That Scare Me!

Do any of these feelings happen to you? If so, why? 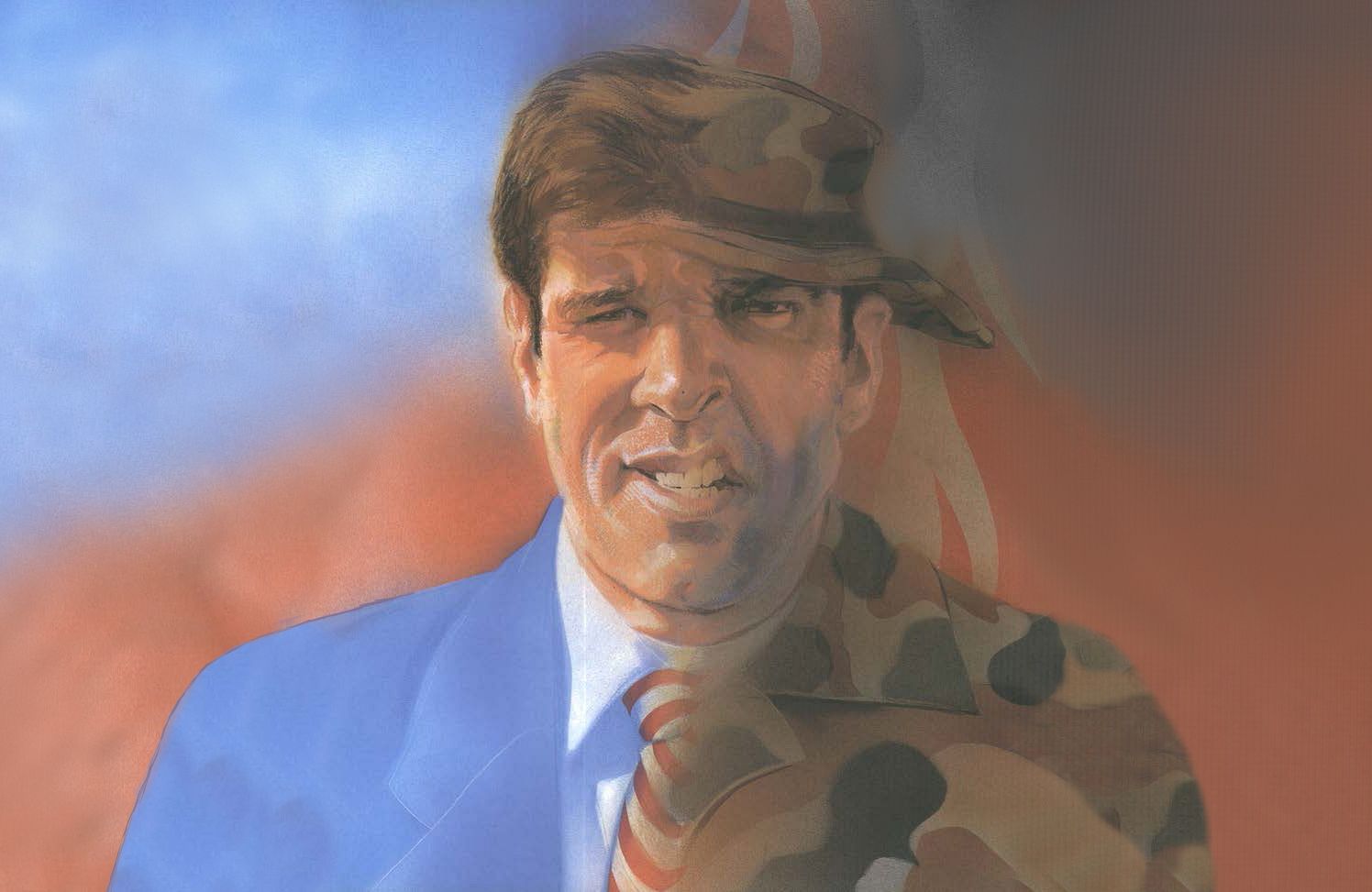 Lesson 3: Is “The Enemy” An Illusion?

There are three kinds of conditioning:

Biological. We’re biologically conditioned to need food, water and sleep. We definitely need these things in order to survive. This is positive conditioning we don’t have to think about. We are born with it.

Physical. Getting our bodies in shape takes work. We have to condition our bodies by exercising. Once our muscles are conditioned, exercises get easier, sometimes even effortless.

Psychological. This is conditioning of the mind – behavior taught to us over and over until it becomes a habit. We think about it when we first learn it, then hardly at all—like stopping for a red light.

In my Nightmare Zone, I think: “You sure are different! I don’t like you!”

In my Enlightened Zone, I think: “You sure are different! I can’t wait to hear where you’re from!”

Talk with students about ETHNOCENTRISM – the belief that one ethnic group is superior to any other ethnic group.

Activity 3: Ethnocentrism! What Is It?

What’s something we can do today – right now— to show that we are growing LESS ethnocentric? 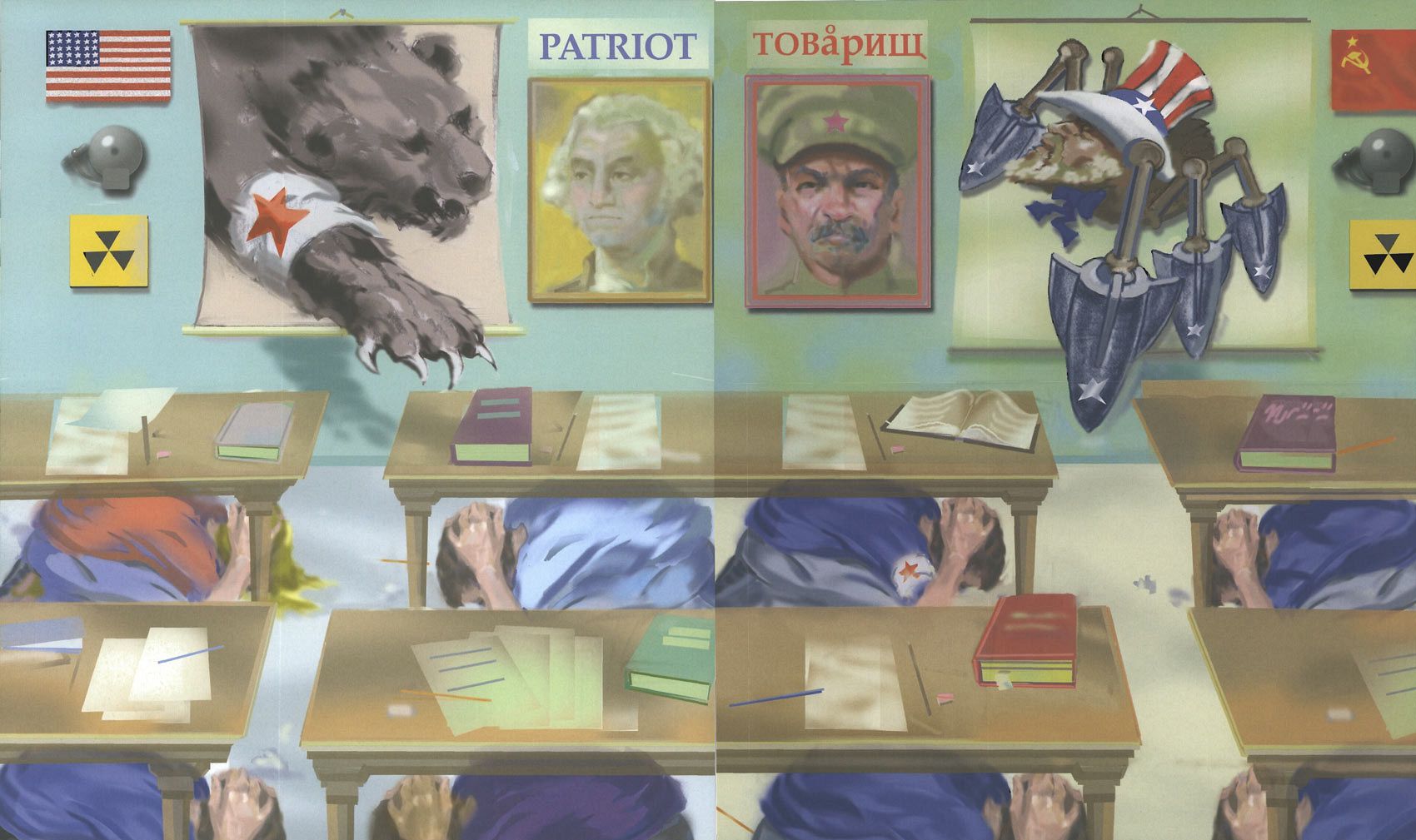 Lesson 4: My Drive To Survive!

To prevent war in the world, we need to learn how to resolve the little wars that start in our brain.

“I see! I see what my brain is doing! It’s making me want to fight. I can stop it by not acting on it. I now know that the highest form of action is inaction!”

Insight is immediate! It can help us handle any conflict-ridden situation that comes from a negatively conditioned reaction!

Practice some awareness activities in Activity 4, next page.

Activity 4: Ways to Be Aware!

Ask students which of these they plan to get active in doing. And them how they plan to do this, and how often?

Create a chart to hang in your classroom with the title: HOW I WAS AWARE TODAY! Students can add to this chart anytime! 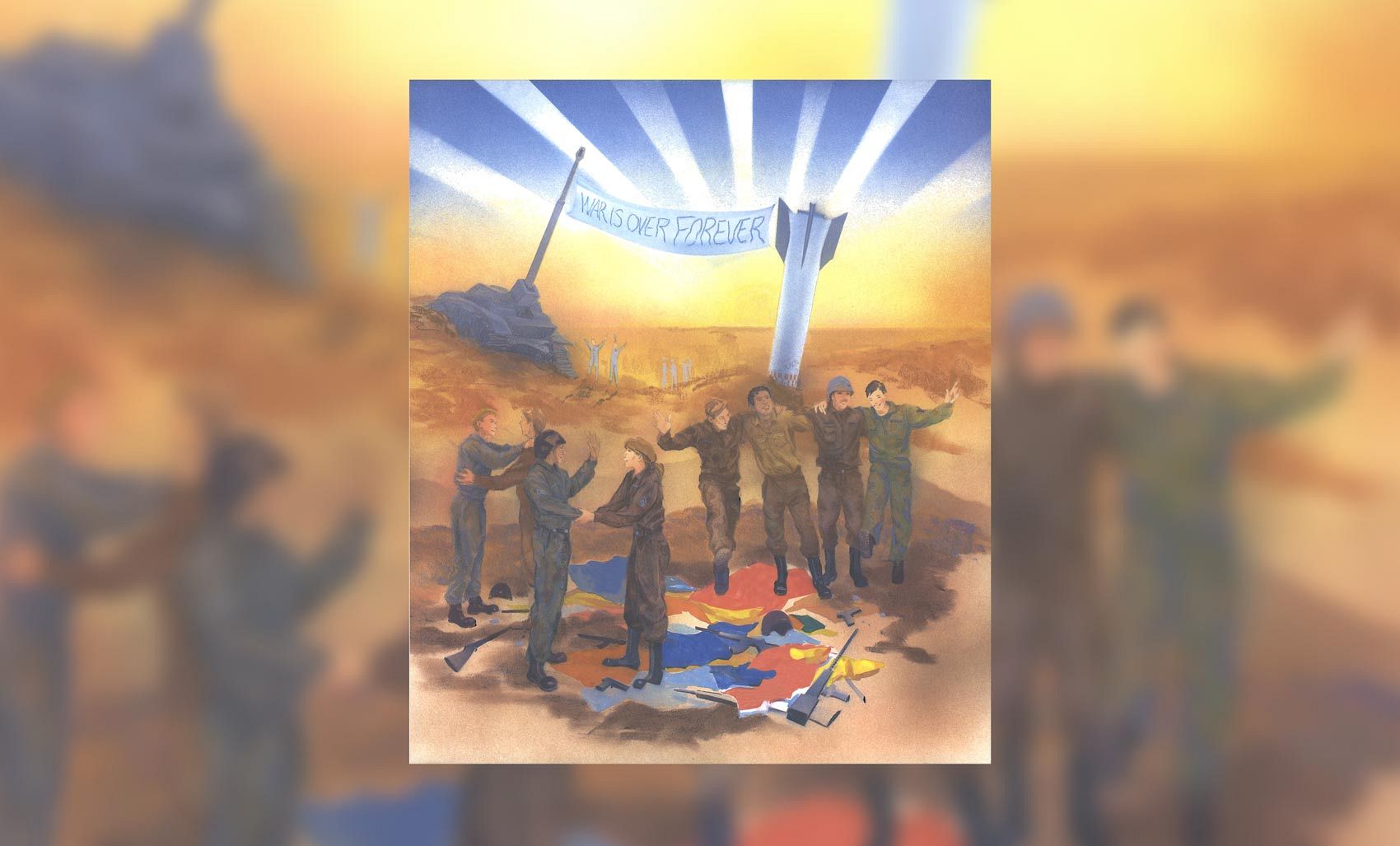 Lesson 5: Do I Live Too Much in the Past?

Our brain is hardwired for survival! Creating an “enemy” is a malfunction in the way our brain works.

Discuss activities with students on how to create bridges instead of enemies.

Activity 5: Creating Bridges Instead of Gaps!

Ask students one way each of them could create a bridge – in the classroom, at home, in their community and even in the world. For example:

Add some of your own: 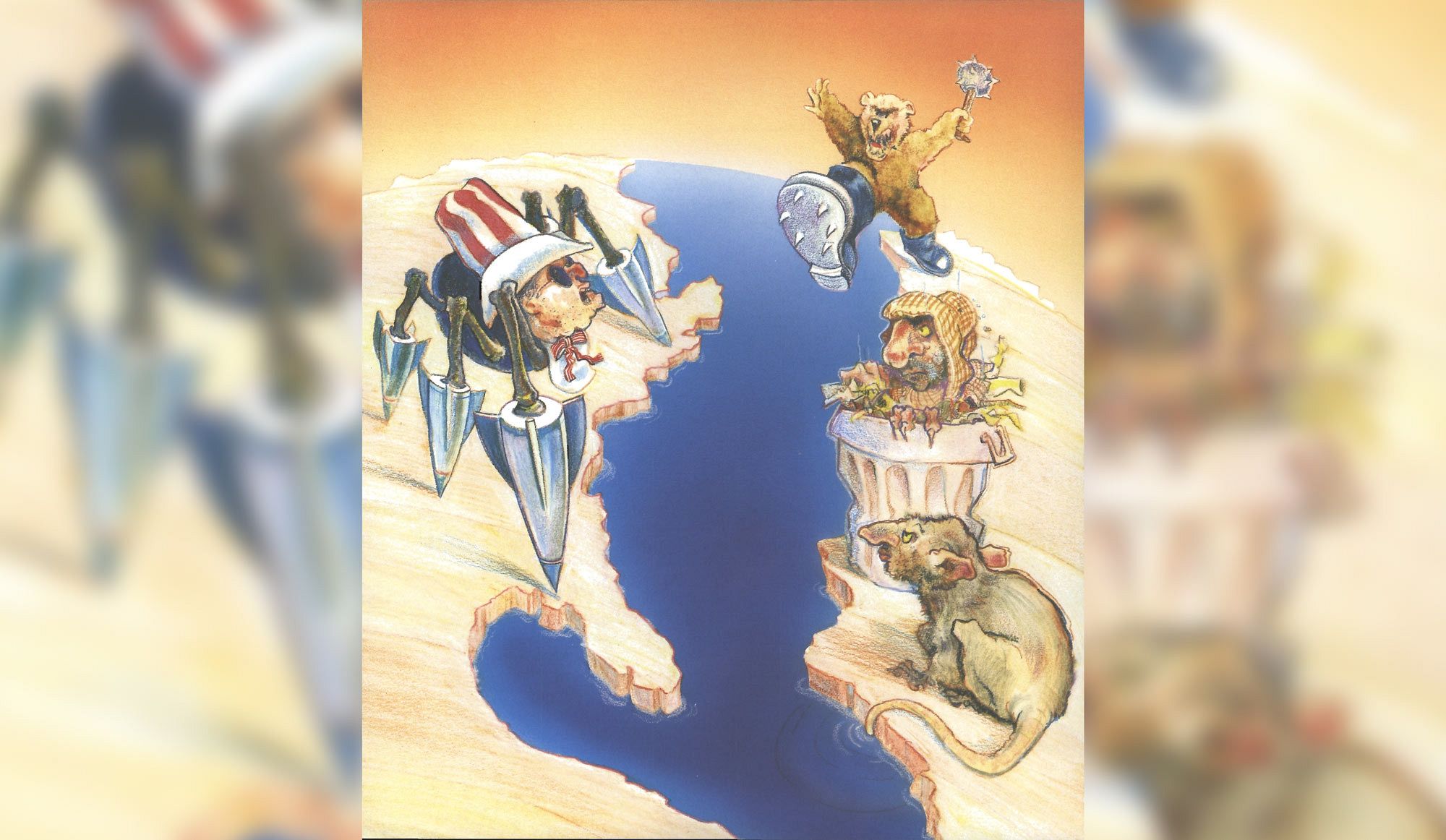 Lesson 6: Am I Changing My Genes?

Can we end war in ourselves or will it go on forever?

Show students the meaning of “Proprioceptive Learning” – a fun concept to enjoy!

Proprioception is like a sixth sense.
We use it when learning any new skill, like a new sport or art –
or learning what creates conflict.
It’s an acquired skill that requires attention! 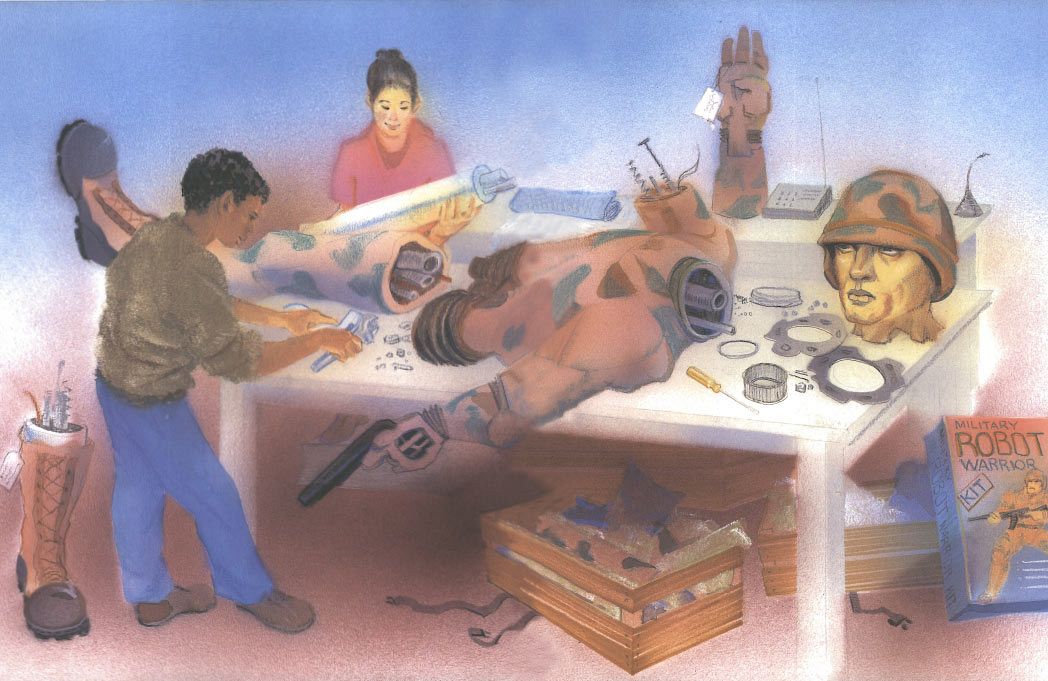 We need to pay attention to in-the-moment proprioceptive instincts – and not react to ancient ones. This is what survival today is all about!

When fear arises in us, it’s our brain attempting to deliver a message to us that we need to be aware of.

Lead students in a dialogue about how the media affect us. Help them become aware of how TV, Internet and all social media affect how we think and therefore how we act.

Activity 7: How Do Media Affect Us?

Talk with students about how the Internet has changed everything. There are no national boundaries. We have become a global village. Today, you and I are the information providers and information receivers.

Is this a good thing? Is it a dangerous thing? How can today’s media be helpful to us and to others around the world? How can it be dangerous? 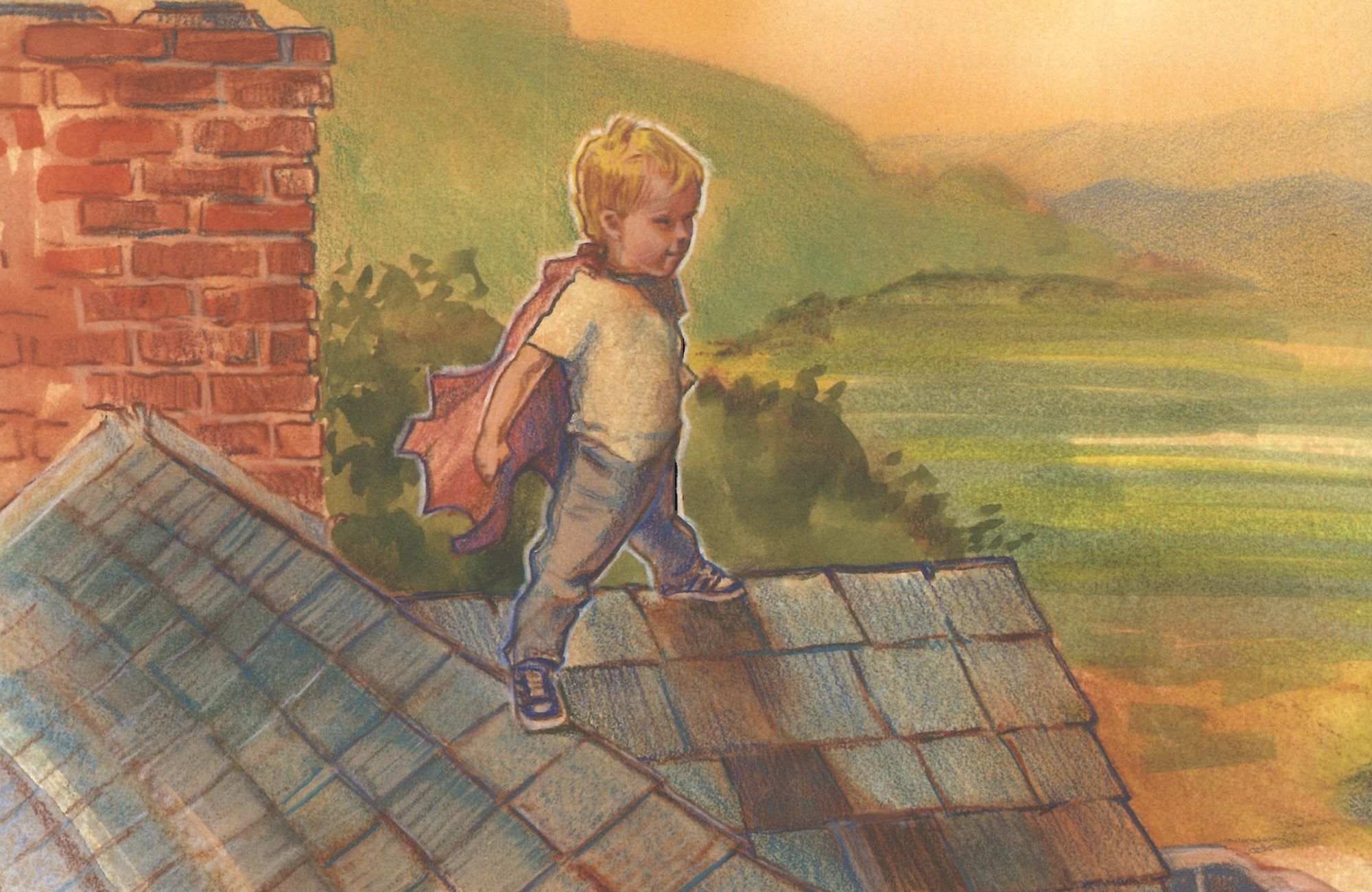 Lesson 8: Why Do We Need Heroes?

Every nation claims that it wants peace – but they all seem to feel that they have to fight a war to get it!

In the following activity, show students the “Pattern of Conflict” and the “Patter of War.” Talk about how one leads to the other, and how these patterns begin.

Activity 8: Patterns of Conflict and War

Our hero has been created by us! Our hero is our own illusion!

Said theoretical physicist Albert Einstein: “Peace cannot be kept by force. It can only be achieved by understanding.” 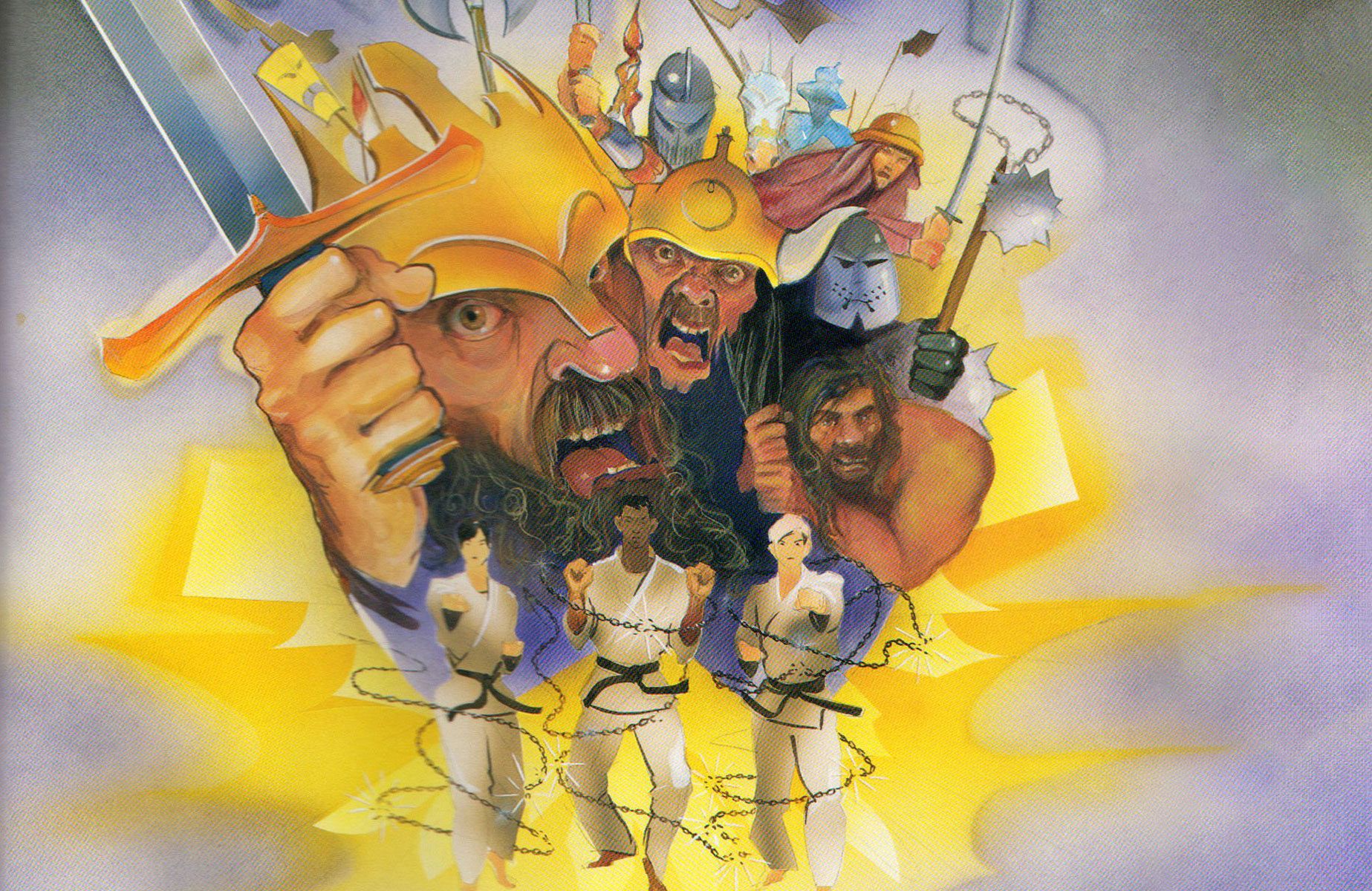 What creates peace is understanding.
What prevents peace is hardwired conditioning.

In the activity that follows, go through the Six Steps with students to demonstrate a PATTERN OF PEACE.

Activity 9: Six Steps in My Pattern of Peace!

STEP 1: I SEE SOMEONE WITH WHOM I’M IN CONFLICT!

STEP 6: I TRY SOMETHING NEW! 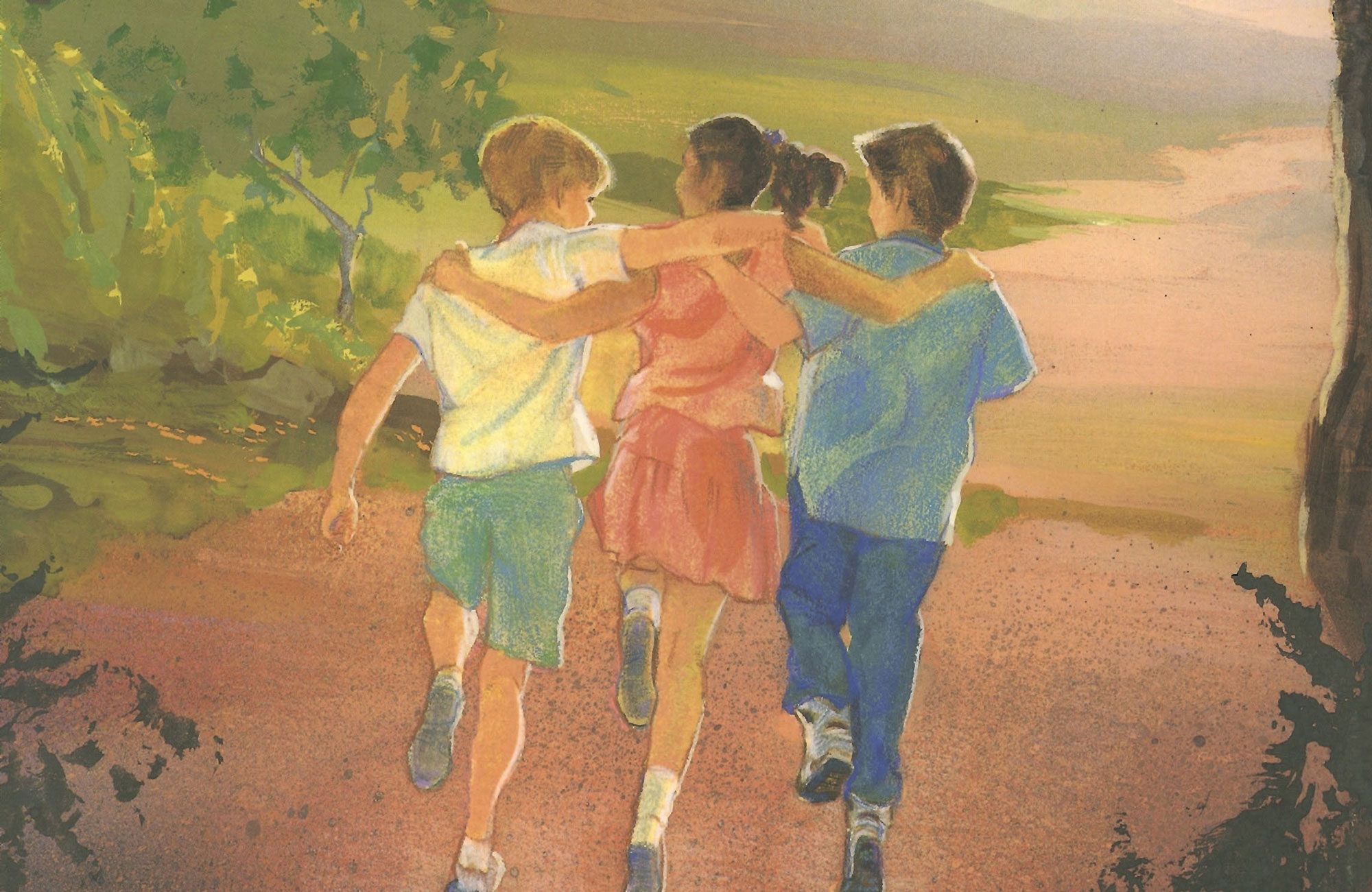 Lesson 10: Peace Can Happen In An Instant!

“What is absurd and monstrous about war is that men who have no personal quarrel should be trained to murder one another in cold blood.”
— Aldous Huxley, Author of the book Brave New World

“Most honest combat vets will tell you, perhaps not eloquently but in their own way, the same thing: essentially that combat is in our human DNA
and demands to be exercised…. The question is, can we humans evolve peacefully, or will we succumb to instincts we can’t transcend?”
— Former Marine Corp Helicopter Pilot in Vietnam

Talk about how each of us can become a GLOBAL citizen, living under a one-world flag.

Activity 10: The Only War There Is!

Suggest to students that you have a Global Citizen Day at school! Divide your students into thinking groups. Each group will come up with a way to stop conflict and war in our heads! You can give each group a topic. Here are some suggestions: 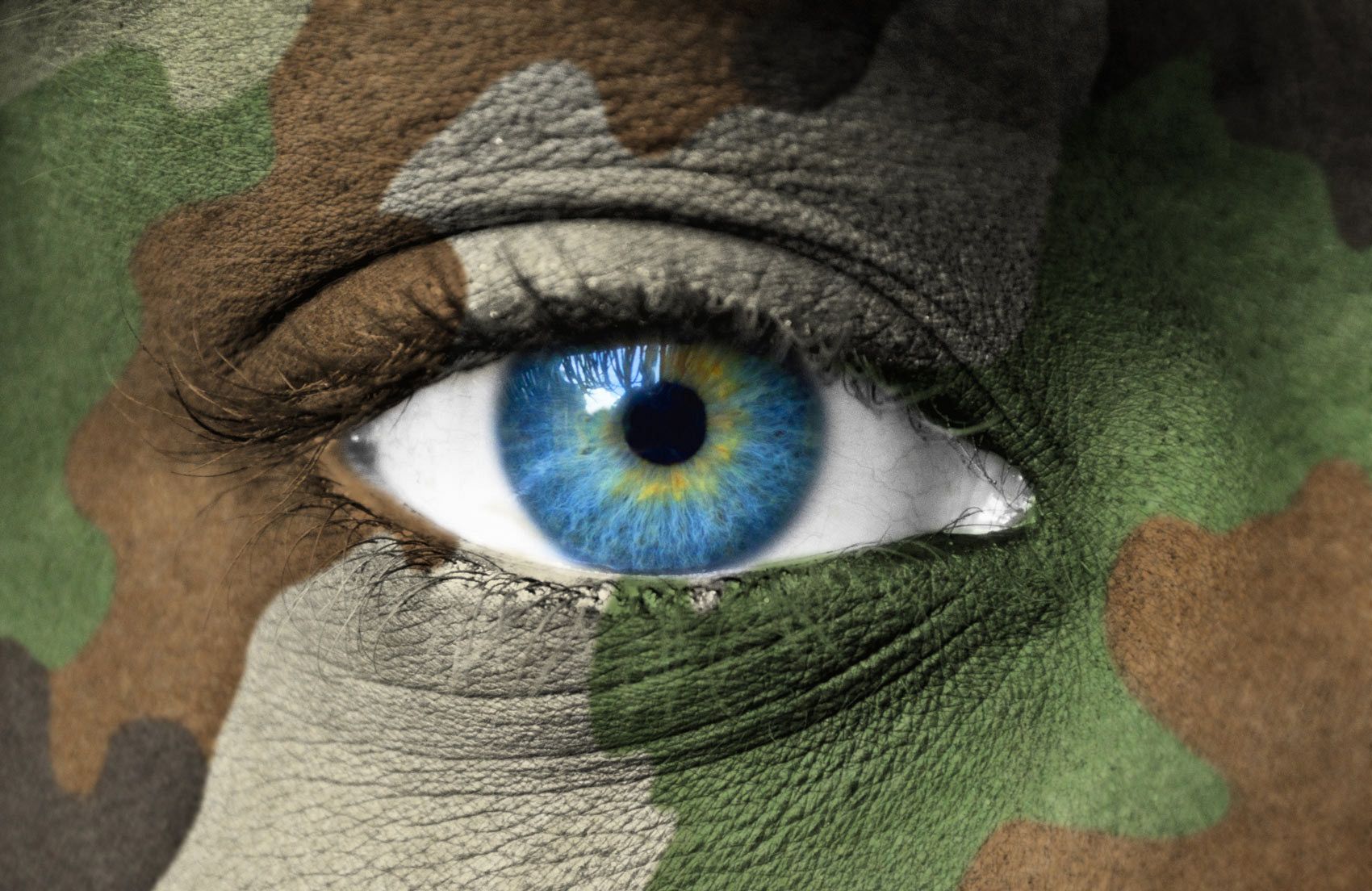 The only war there is is in your head. Wake up from the dream!

The dream is over. So who is the enemy?