How Do We Create Warriors?

"Upon peace the very life of the world depends, perhaps even the progress or decay of our entire civilization."
Maria Montessori, Educator

"Give me the first seven years of a child's life. . . "
Adolph Hitler, Dictator

It’s important, in trying to find out how conditioned thinking creates warriors, not to judge or blame any person, any group of people, any country or race. Blame is destructive for it only breeds hate—not understanding.  It’s understanding—seeing the truth of what is actually happening—that will free us. Is this a fact or a belief? How will you find out? By questioning?

This Exhibit demonstrates how conflict created by conditioned thinking emanating from the biological brain is no one’s fault – it’s not a “personal moral shortcoming” – it’s the fault in the brain’s system, in its malfunctioning primitive biological make up, that is not working correctly. It can be called a systemic defect in that the human brain is defective, operating on an archaic program, driven to survive in this erroneous way, making it unaware that it is causing conflict.

In order to see this in operation we need to be aware of how we have been psychologically conditioned to activate this archaic biological program. In so doing we have the opportunity to be free of its influence and live a life of peace by understanding what prevents it. This is what this Exhibit is about.

In this section, we are going to do a "science project" called "Operation Warhawk." In this experiment you will need to imagine that you will be taking an "empty robot" and creating a warrior (like Dr. Frankenstein did to create the "monster"). You will be given the "parts" or "pieces" (nuts and bolts) to put together this robot (which can be either a man or woman robot—for this operation or experiment it will be a "man"—for this has been the typical warrior in the past. Sadly, now women warrior robots are being made.) 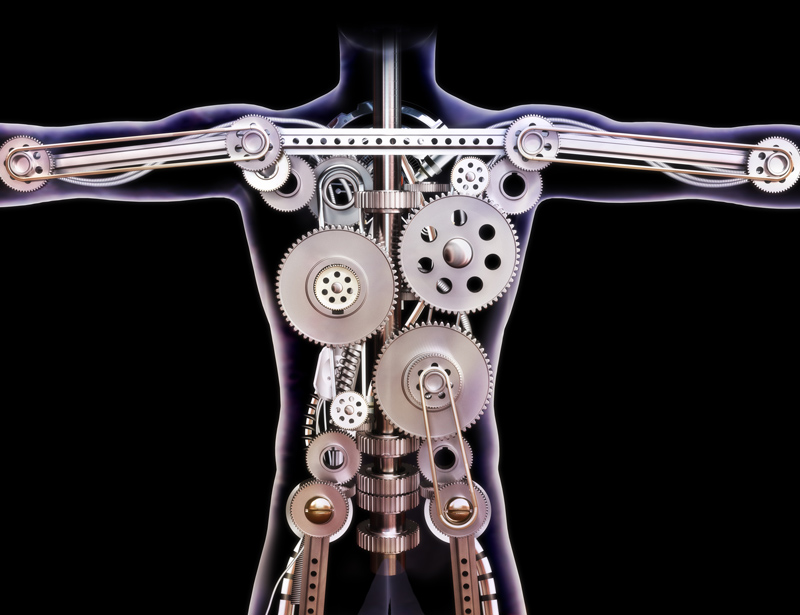 Let's see what we come up with—remember your job is to build and program a warrior—to "condition" it with all the necessary things that will make it do what you want: to kill! Your robot starts out with nothing in its memory banks (like a baby). Whatever "data" you expose to your robot will be stored away in its memory banks, so that when confronted by a new situation it will be able to sort through its memory to decide how to behave. By the time your "adult" robot is ready to perform, its memory banks will be full of a great deal of material to help it "think" and act.

Remember a very important fact: without warriors, there can be no wars. Who is the warrior? What is a warrior made of? What image do we have about this warrior? Is it someone who can protect us from our “enemy?” Let's create this warrior, from it’s beginning! Then we'll know! 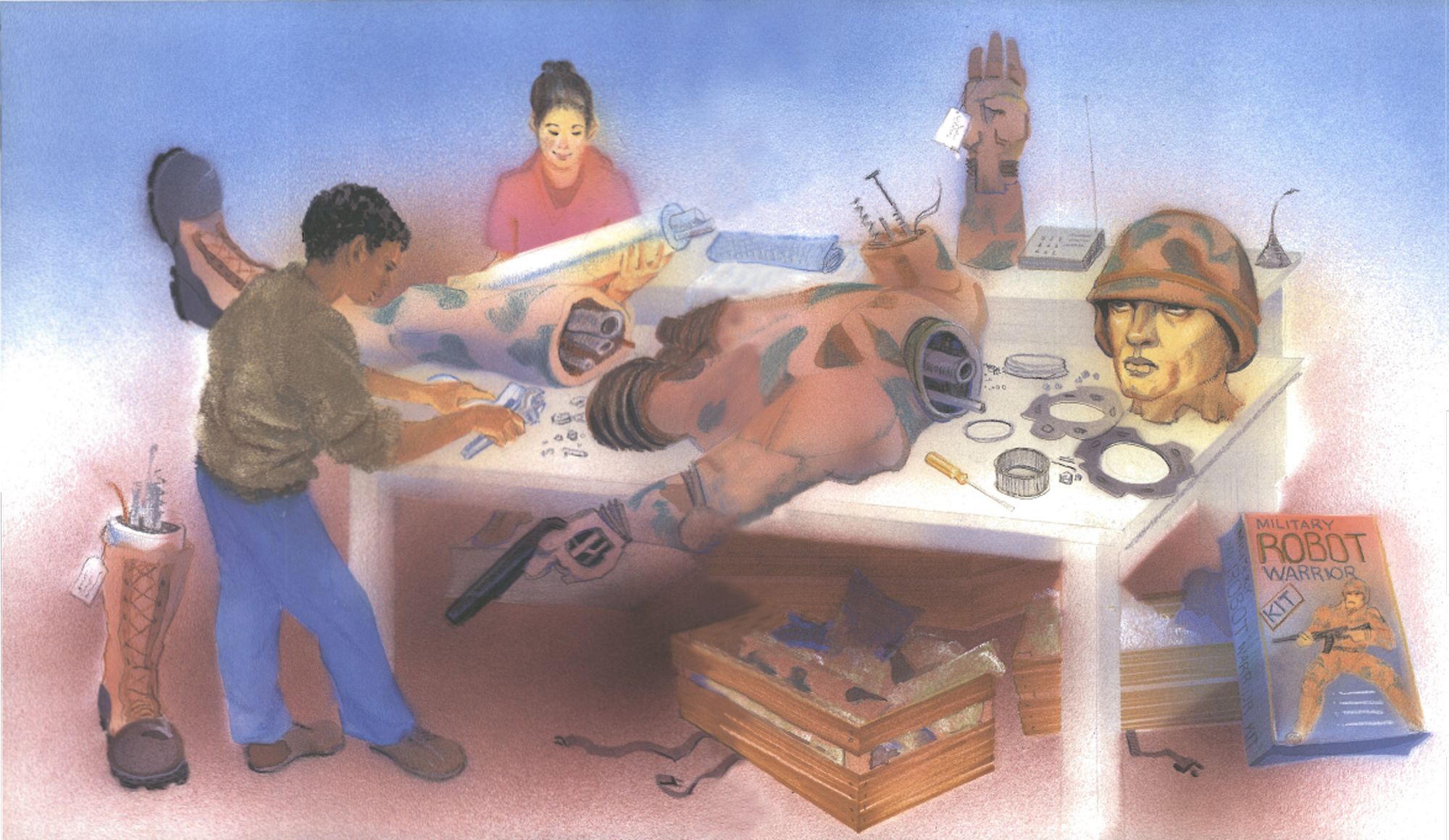 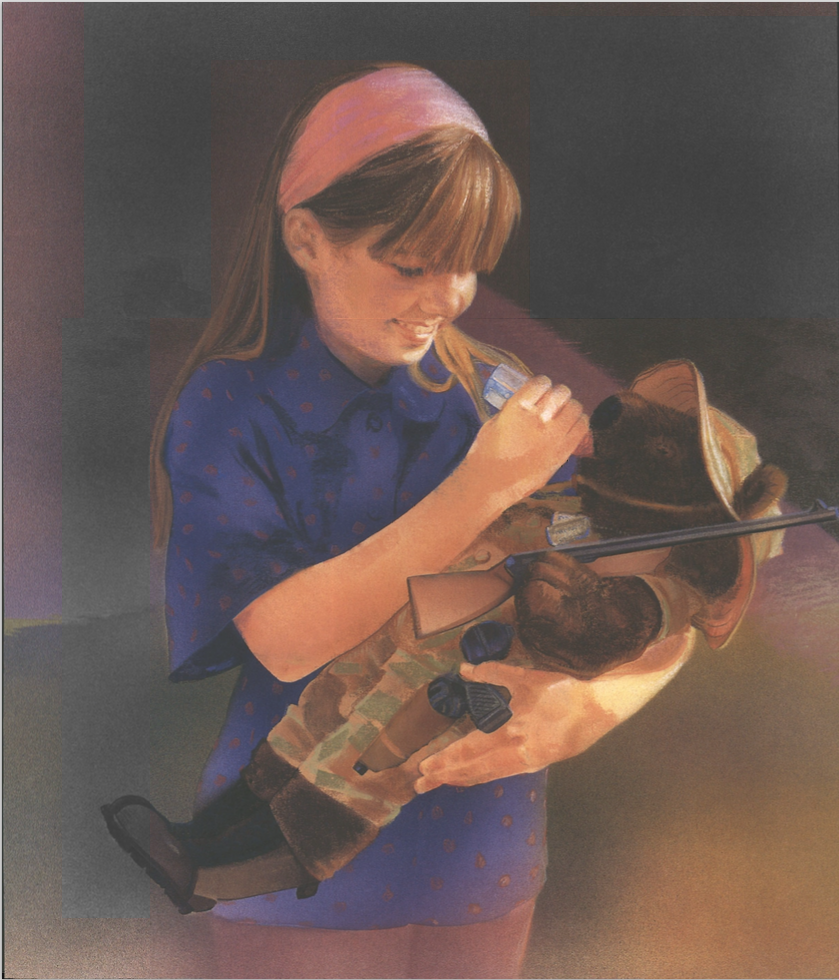 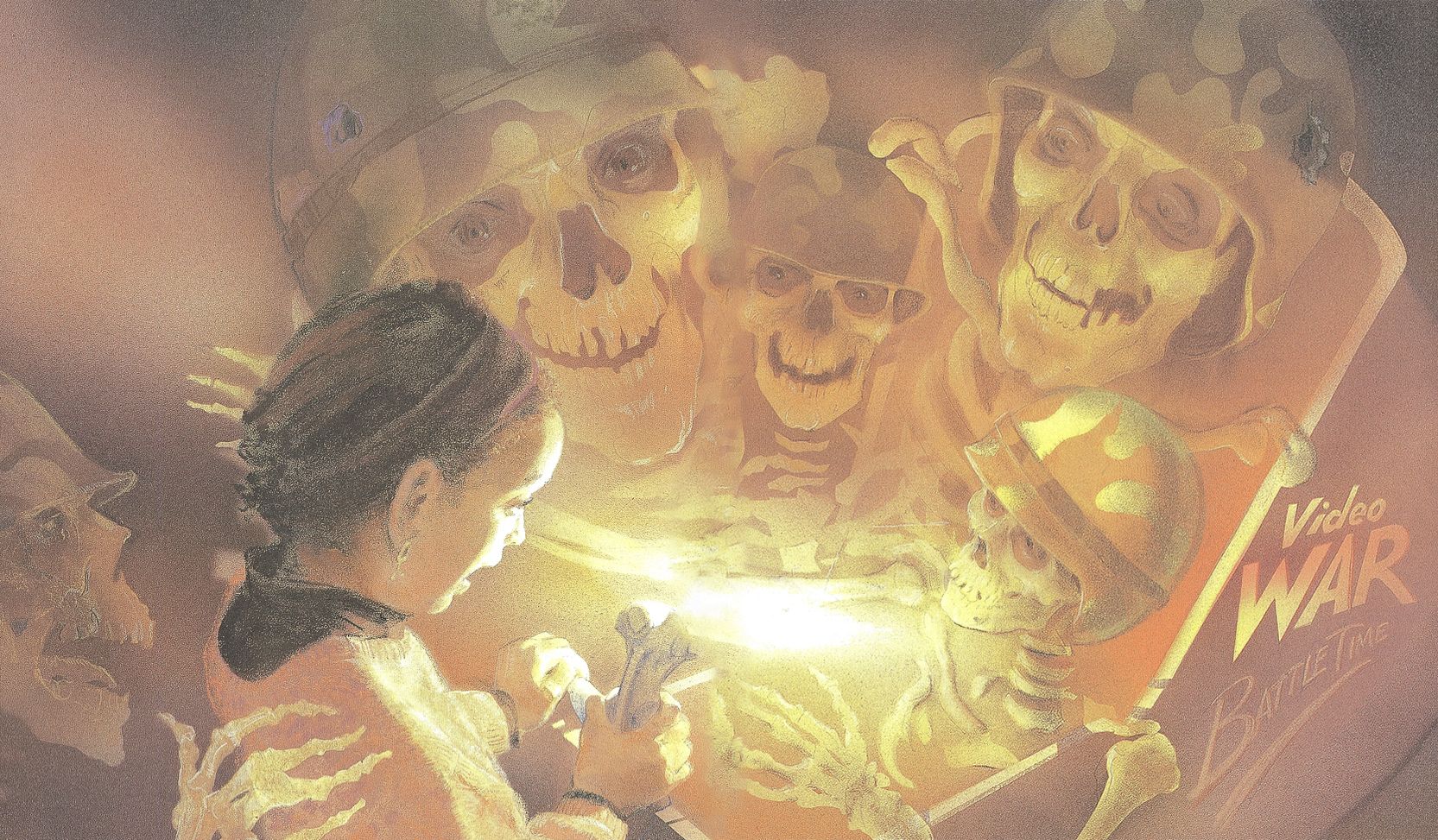 Child Warriors: Are We Priming Our Children’s Brains for Violence?

Are we, by allowing our children to be exposed to violence on TV, setting up an environment that physically changes the brain by making it ‘good at’ thinking violently? In doing so, are we also increasing the possibility that the next generation of children will inherit a brain adapted physically to warlike thinking?

According to Activision, the owner of Call of Duty, based on data collected from various platforms over the lifespan of the series, Activision found players cumulatively spend the equivalent of 1900 years playing Call of Duty... every day. In that amount of time in the real world, multiple empires have fallen, the New World was discovered, automobiles were invented and computers shrank from the size of a warehouse to fit in the palm of your hand. And all you did was wrack up a 27-kill streak.  Also according to Activision, 18 billion multiplayer matches have been played in Call of Duty. And over 100 million people have played Call of Duty. That’s a larger population than most countries!

Call Of Duty – Facts That Will "Blow Your Mind! 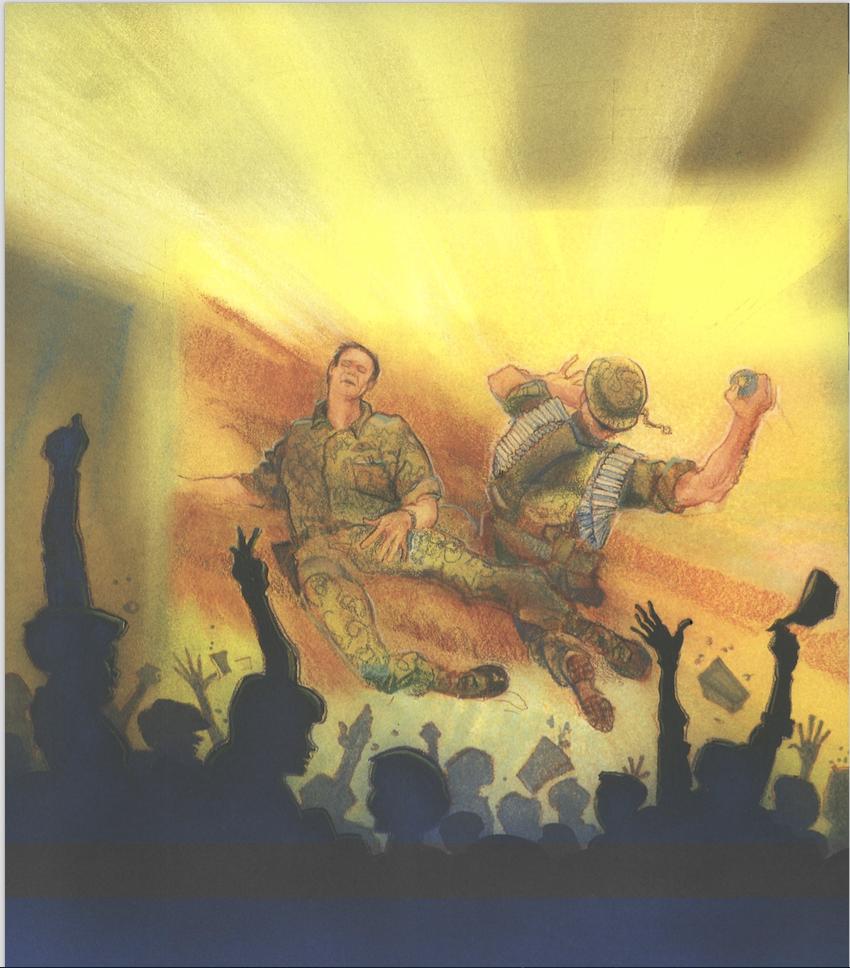 Men constitute the majority of warriors today and in the past. Let's look first at how men as fathers have been an influence in the creation of warriors. 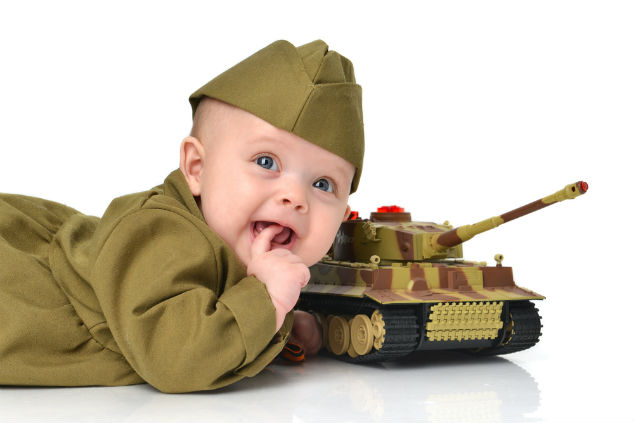 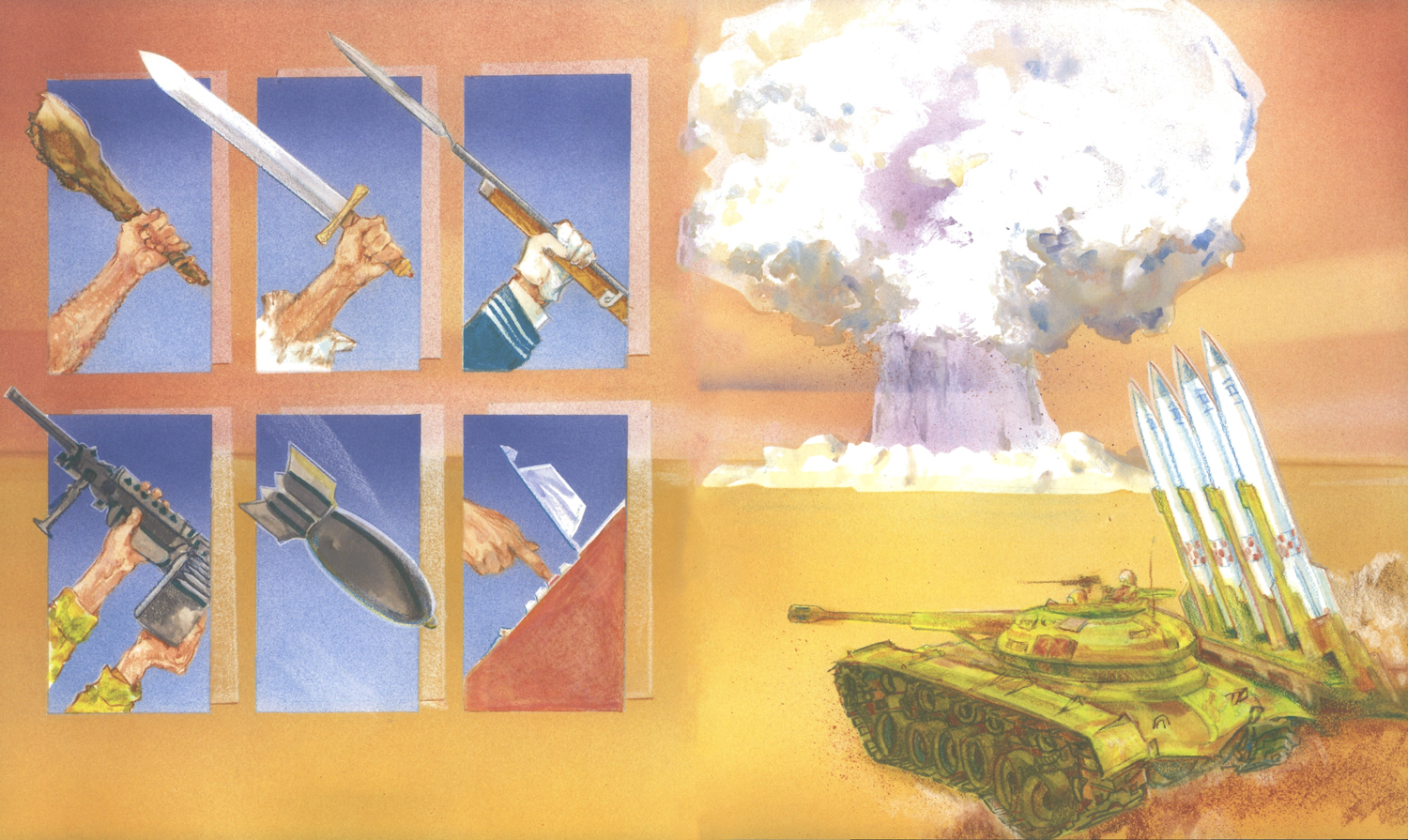 Many people believe that only men are violent and warlike. They believe that women, especially mothers, have little or nothing to do with their sons (and now daughters) becoming warriors. Is this true? Let's look at this role mothers play in raising warriors: 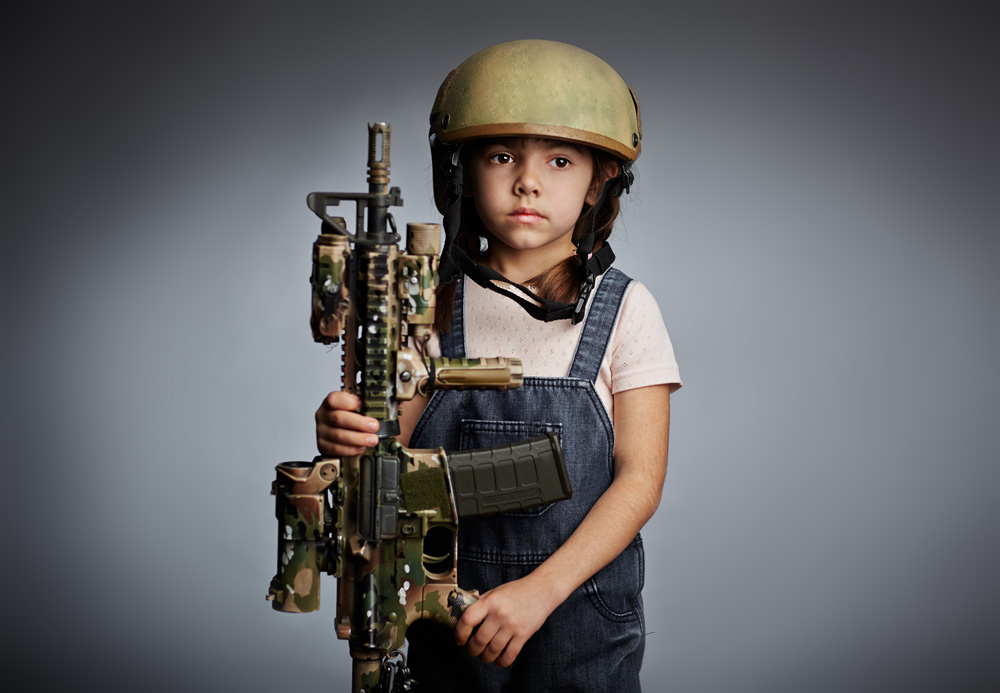 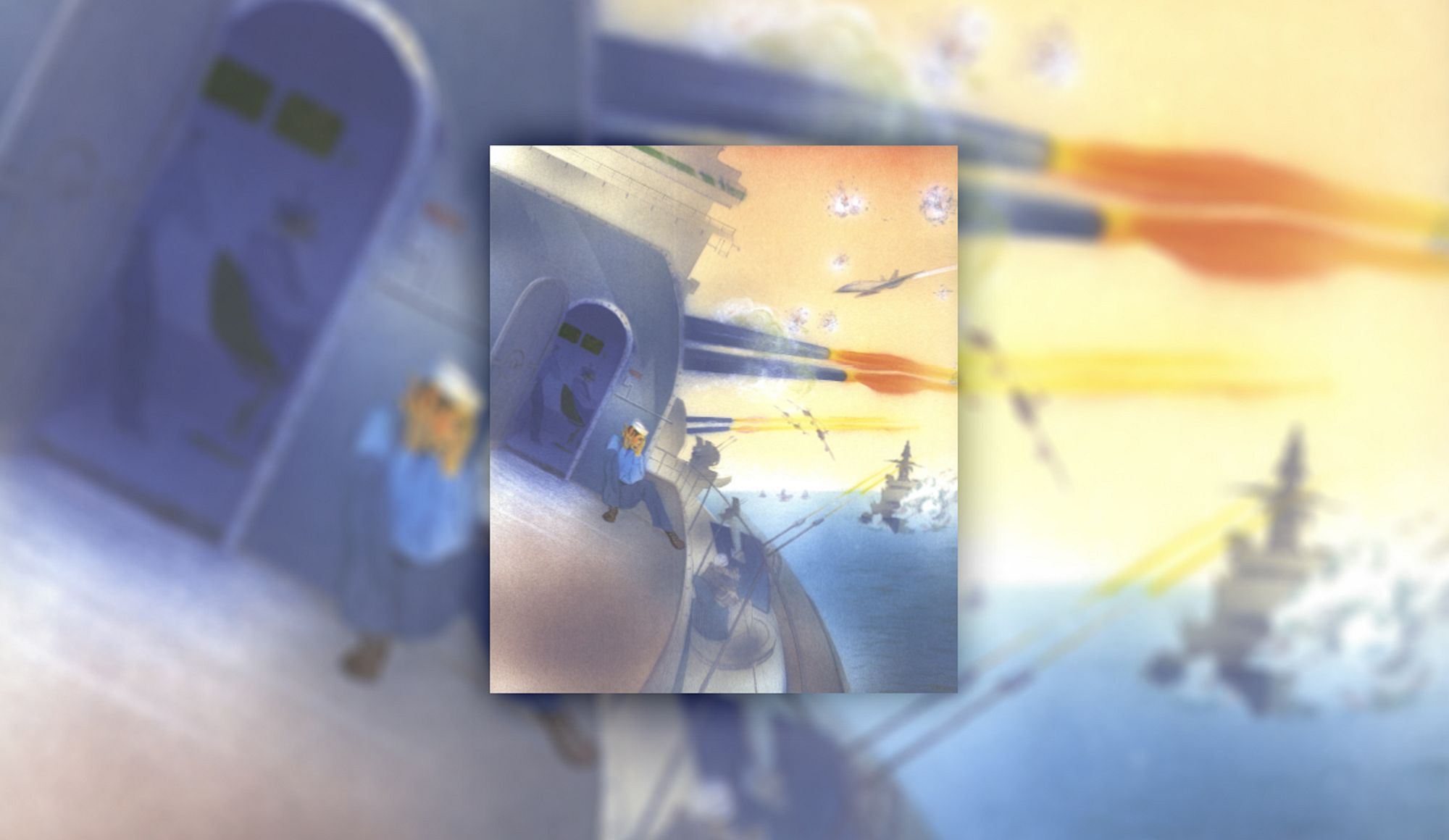 The Great Wall of China

The Great Wall of China was a series of fortifications built to protect China from its enemies and invaders from the North, especially the Mongols, and other various nomadic groups.

The Mongols were tribal group that would regularly conduct raids into China... All the walls were built for the purpose of military defense, and the Great Wall of China was no exception.

Over 2,000 years, many imperial dynasties and kingdoms built, rebuilt, and extended walls many times that subsequently eroded. The latest imperial construction was performed by the Ming Dynasty (1368–1644), and the length was then over 6,000 kilometers (3,700 miles). 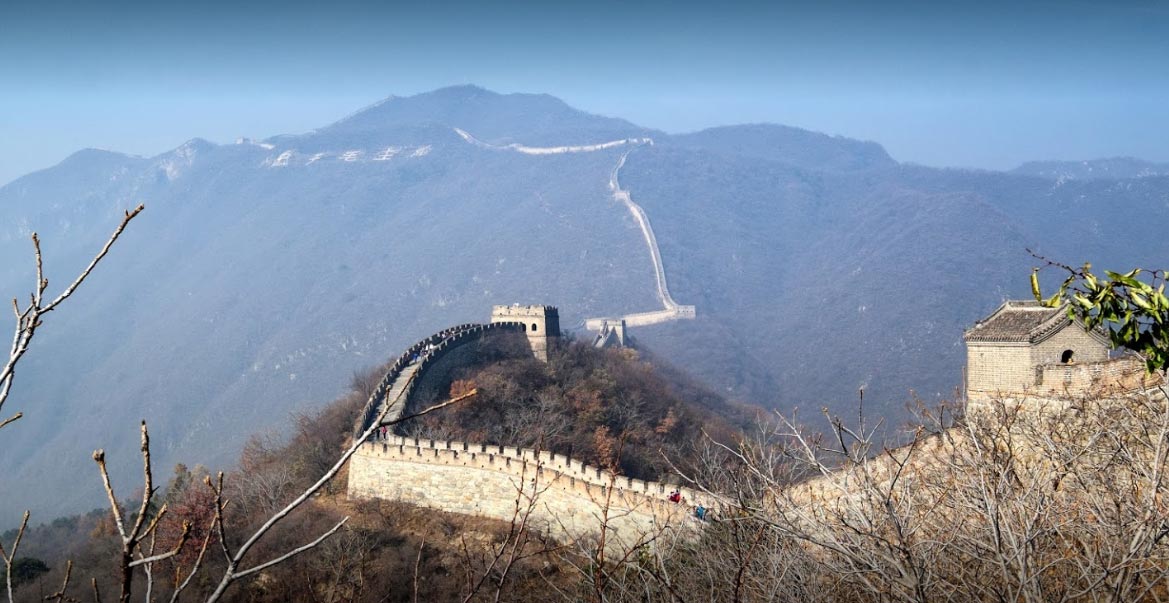 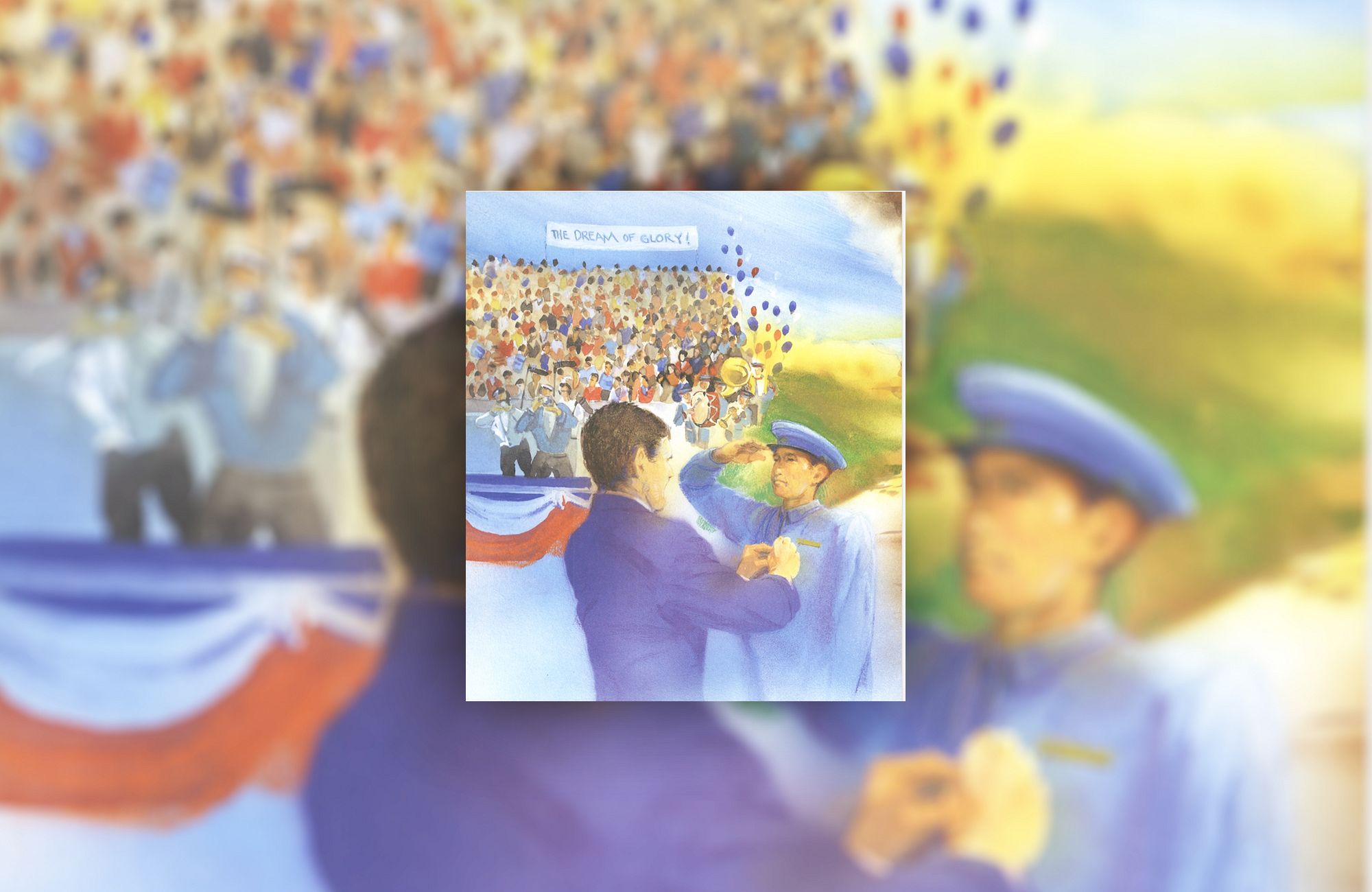 Can you think of others? Have you seen others in newspapers or heard them used on television news broadcasts? Are acts of extreme violence hidden in "friendly" terms? 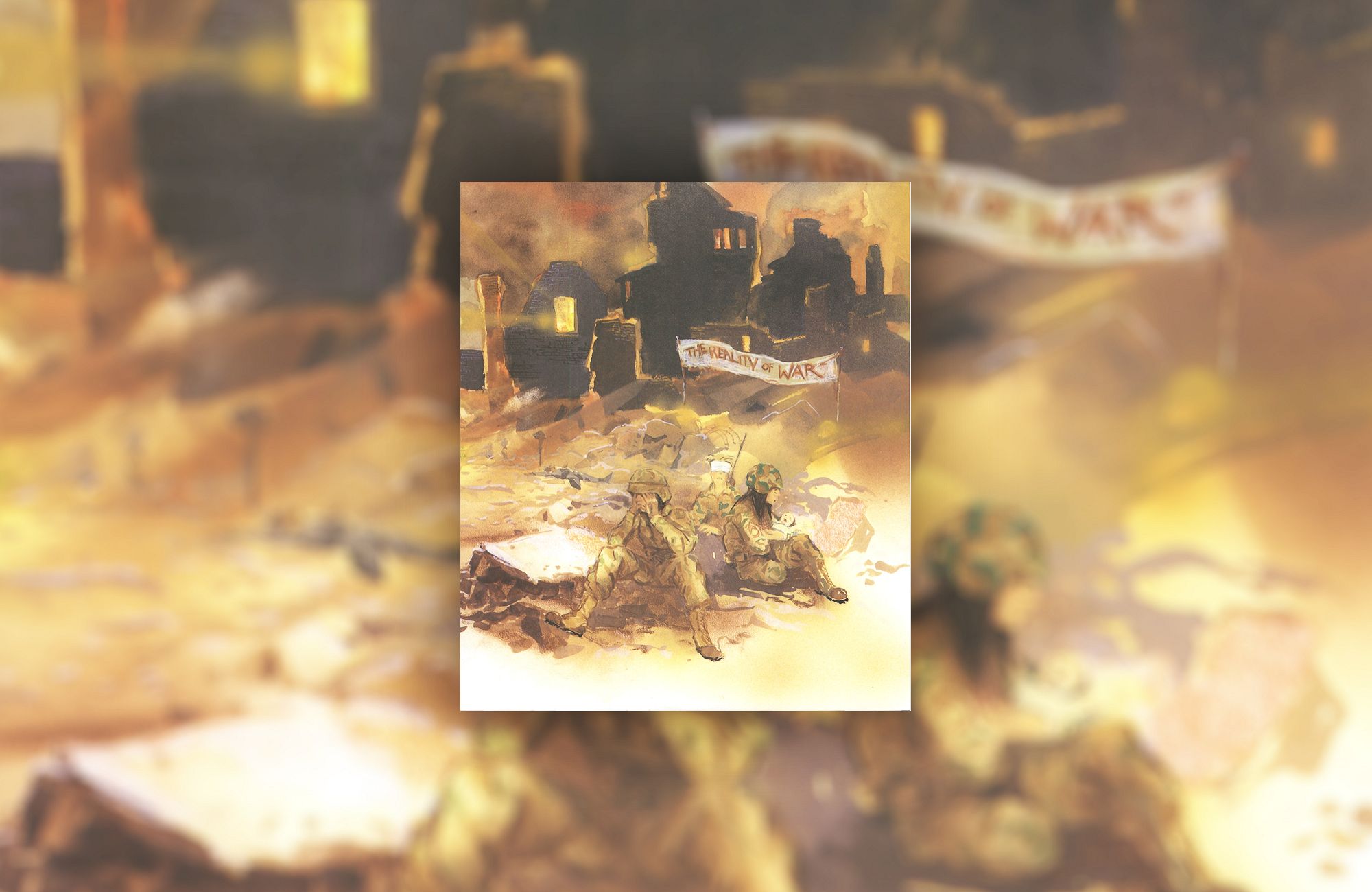 Then you will have to put Warhawk through special warrior training so it can learn how to kill:

If you followed the directions correctly, whether your robot, Warhawk, is a boy or girl, a woman or man, it is now ready to do what you trained it for; it has been conditioned to kill other people when given the order to do so. Your experiment is a success; you are to be congratulated!

In order to do the terribly destructive acts for which a warrior is "built," a warrior will need to think that what he or she is doing is right, good and even helpful to his or her country, race, and religion. In order to kill, warriors have to see themselves as the "good guys," the "Freedom Fighter," the "Heroes." Seeing themselves in this way, they can feel right in acting like killers. They can even give each other medals, awards and other honors for killing the enemy. 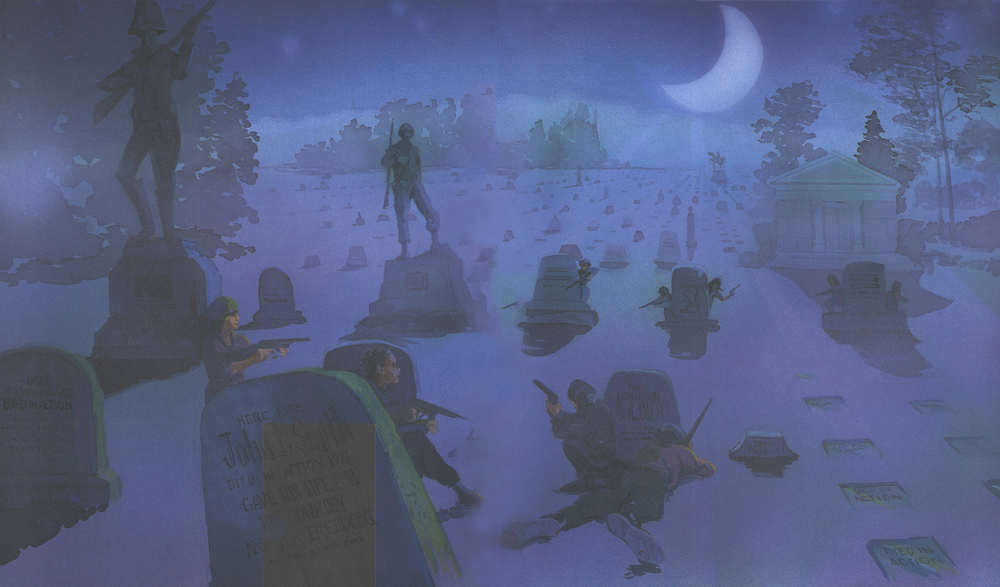 To a Dead Warrior

This is what happens
When you let a numskull run your country.
You should have known better
Than to vote for him.

But hey, I guess you always were a numskull, too.
Now look where it got you.
You died in a sandpit
Somewhere in the desert.
Now you just hang in limbo
And watch as life goes on all around you.

But it truly wasn't your fault, you know.
You had no choice in the matter.
You were conditioned from the day you were born
To do their bidding,
Conditioned to hate and fear the "enemy"
Whom you have never seen or spoken to,
But have been taught to hate all your life.

That is what went wrong.
There was nothing you could have done.
You were tricked into believing you were right.
Your thoughts were programmed from the start.

From day one you were taught what to do,
What to say, how to think and feel.
They taught you who to hate and who to serve. And you played right along. You even believed.

And now you have broken away from their chains,
Now you can see the light ...
All too clearly and much too late.

Hello Dr. Webster-Doyle, I am a school principal, a parent and martial artist. I just wanted to thank you for this incredible book about how young people become conditioned to be warriors. This is the most unusual book that I have ever bought for my children! And perhaps the most important! I want to tell people that if you are concerned about war and what you can do to help your children understand what creates it then get this book. You could save their lives. Again many thanks for this intelligent peace-educating book.

“A powerful book designed to help young people understand the conditioning employed by the armed services to psychologically shape and influence their recruits. The book does not present an anti-war or pacifist argument - instead, it raises critical questions of free will and intelligent living. Full-color illustrations.”