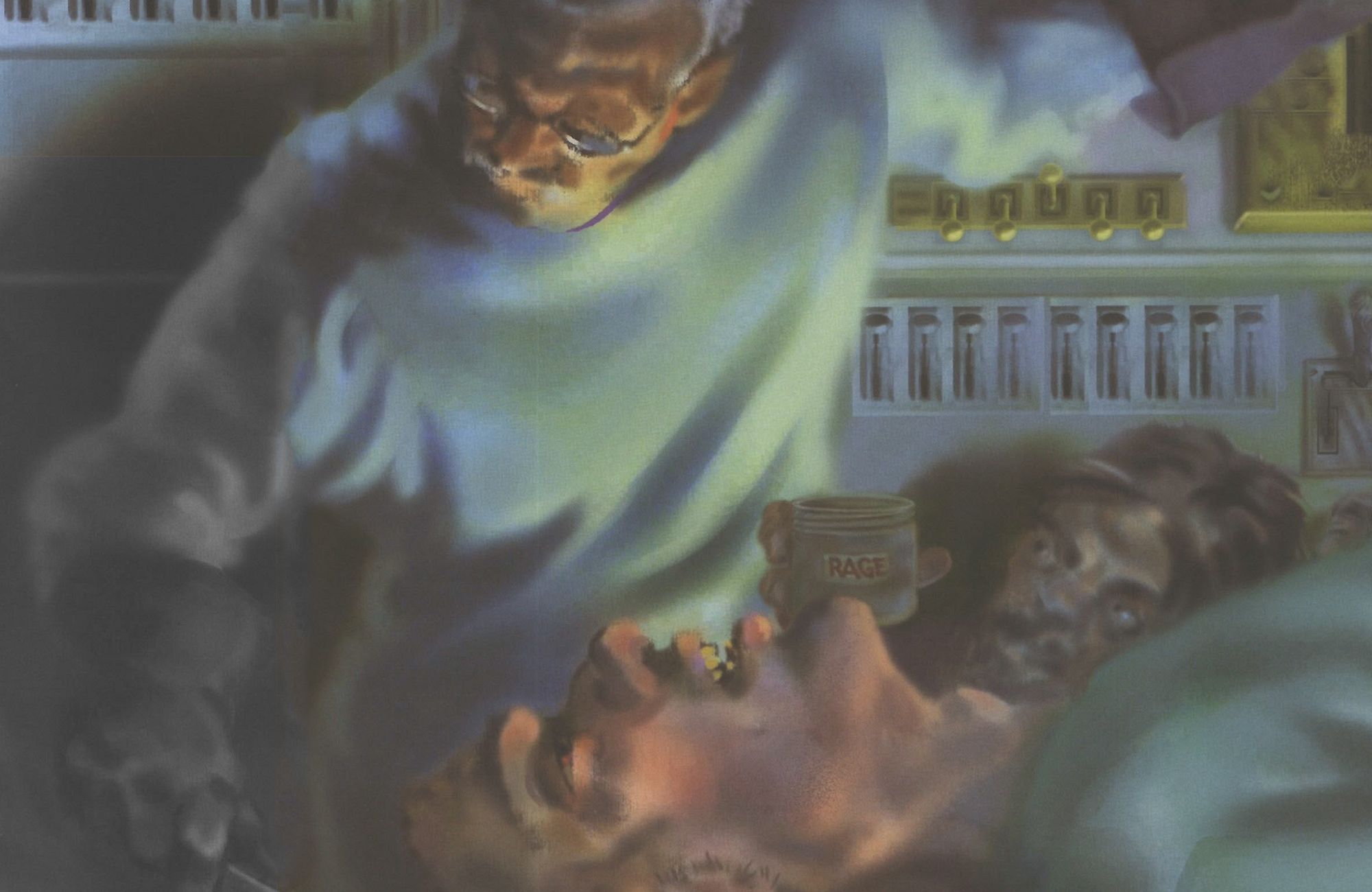 From the time we are born, our brain is in a continual state of learning – about ourselves, people and things around us, and the world.

As amazing as our brain is, it isn’t always good at adapting to present-day circumstances, because it gets stuck in old patterns. 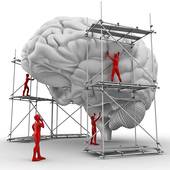 Our old brain demands that we stay secure and survive, and our new brain is influenced by our old brain to provide that security.

One of the ways our old brain convinces our new brain of this is to make sure we belong to a group. For example, people who live in one country are in a group and call themselves by a special name to signify who they are, as opposed to other groups that call themselves by other names that they identify with.

These people see themselves as “us” and other countries as “them.” This creates instant conflict!

"Yes, I belong to Longbeards!"

When one group puts itself into competition with another – which was true of cavemen and is still true of modern-day businesses bent on getting the most for themselves and their group — the result is conflict.

“Yes, I’m the CEO of the Lancelot Company!”

“You Lancelots better stay out of our Bazooka territory!”

Understanding of other groups’ thoughts, feelings and beliefs can put an end to conflict before it begins.

"Those kids on that other continent look just like me!"
"That French company's philosophy is very much like ours."

Peace can come about only when we understand what prevents it. 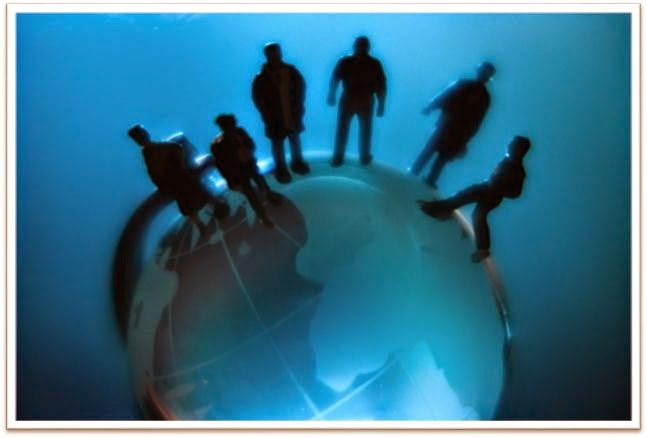 We humans have a common motivation – to survive.

The problem is that all of us who live on Planet Earth have different ideas about how to survive, and some of those ideas don’t help us survive at all.

There are many ways we strive to survive – within our family, among students and staff at school, in sports competitions, participating in artistic endeavors, as citizens of our country, and all of our hopes and dreams.

What we have yet to understand is that stopping the conflict inside us – which takes intelligence to survive – only takes a moment! 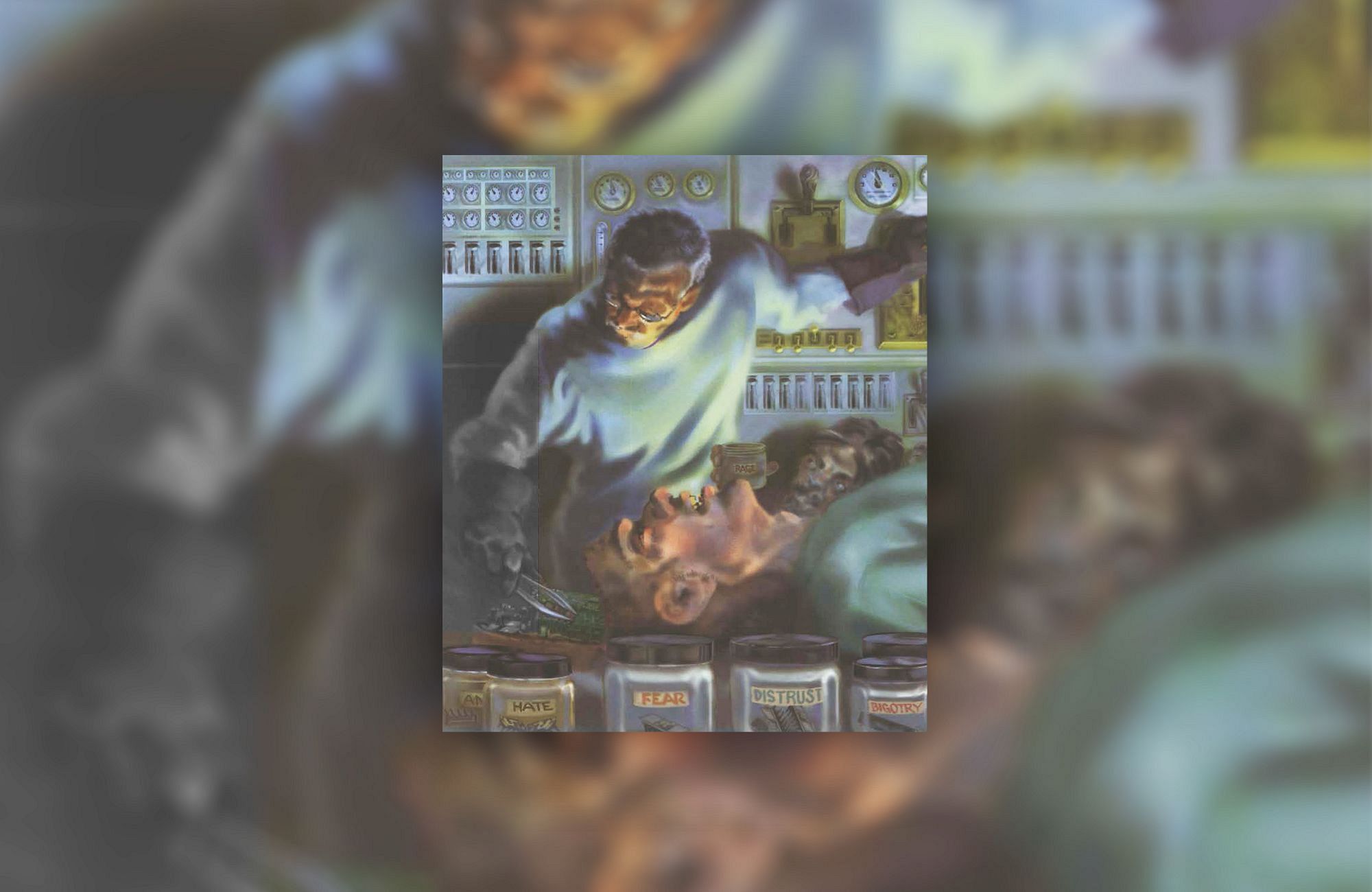 Questions to Ask Yourself

What are some factors that sustain conflict – keep it going, year after year, decade after decade? What kind of conditioning do you think creates conflict between groups? What kind of awareness do you need to deal with conflict situations in your life?

When we are exposed to so much violence in the world, do you think we’re setting up an environment that physically changes our brain – by making it “good” at thinking violently?

Are we increasing the possibility that the next generation of children will inherit a brain that’s physically adapted to warlike thinking?

The nerve cells in our brain receive input and then create “dendritic” branches (extensions that conduct impulses) that spread through the brain.

Are we living in an environment that is conducive to creating dendritic branching for violent thinking?

Is it possible to realize this and to provide a more intelligent environment for creating dendritic branching for understanding?

Proprioceptive learning has nothing to do with knowledge or optimistic affirmations!

It cannot start in our brain, which is already wired. It has to start in another way — more creatively! 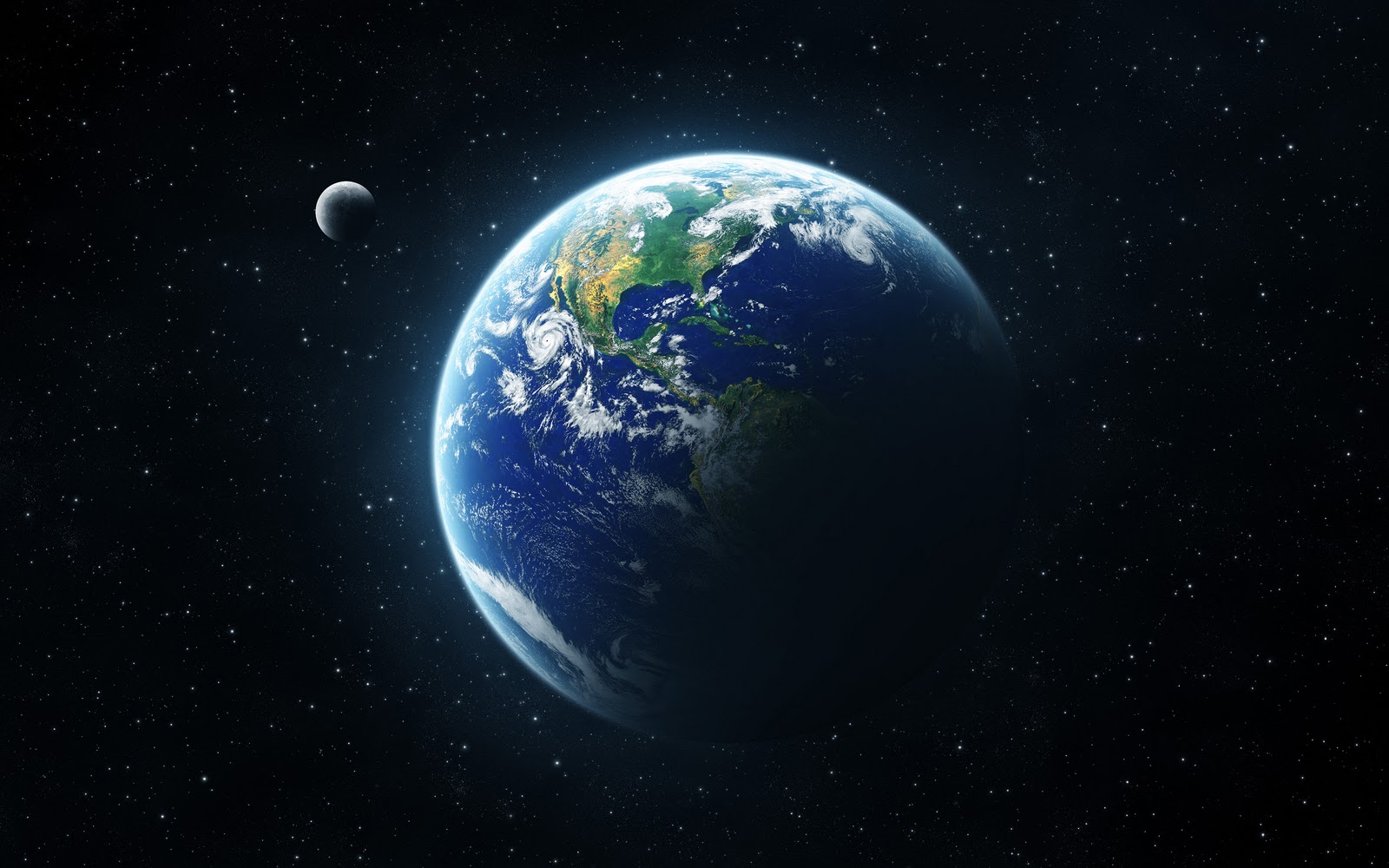 Here’s an example: Proprioceptive learning came the moment that the astronauts saw Planet Earth for the first time from outer space.

Can you imagine that moment? Nobody had seen it that way before!

They saw no boundaries, no fighting, no wars. From a distance, there was nothing but peace and quiet.

Proprioception is like a sixth sense. We use it when learning any new skill, like a new sport or art – or learning what creates conflict. Attention is required.

Proprioception helps us be attentive to the difference between our primitive old brain’s misguided instinct for survival and our “in the moment” internal insightful sensitivity. They’re both there! 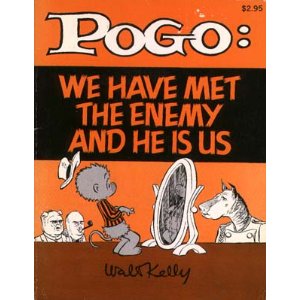 Most people look at a conflict situation as a problem that needs a solution. 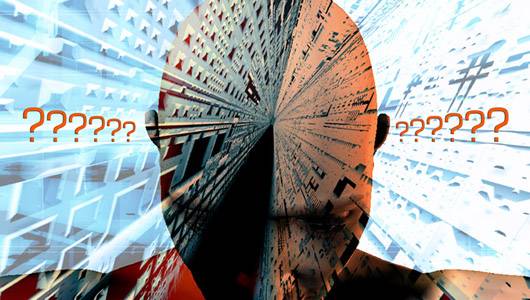 Looking for a solution requires us to rely on knowledge we already have. 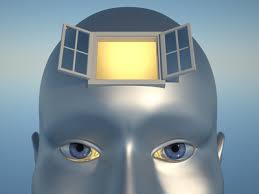 “I have knowledge, but not about my current  situation!”

We need to pay attention to in-the-moment proprioceptive instincts — and not react to ancient ones.

That is what survival today is all about! 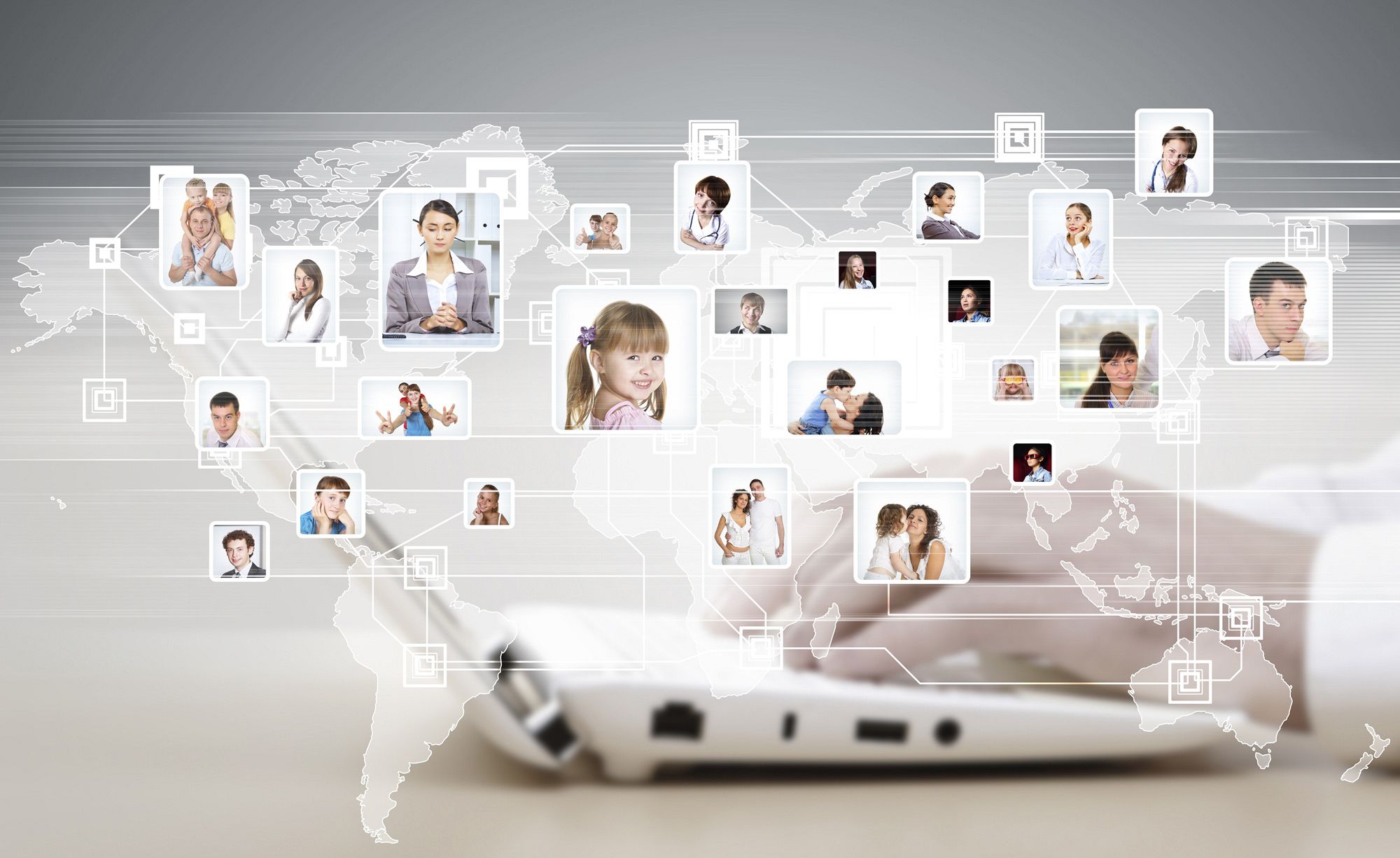 We can email someone thousands of miles away and get an instant response. We can post a notice on social network sites and reach thousands of people at once, inside of a few seconds.

Surely we can also reach a level of understanding in a few seconds, too!

Dialogue allows us to look at, and understand, what gets in the way of “real” communication — conditioned thinking — between you and me, between different organizations, and between nations of the world.

Dialogue is different from discussion. It allows us to look at, and understand, what gets in the way of “real” communication.

In our everyday culture, we can sing, dance and play together with no problem, but when it comes to talking with one another about things that matter to us deeply, we often get into a fight — sometimes with violence. The bully inside takes over.

It’s important to understand: A bully is a bully because he or she is born to bully, and also, at some time in his or her life, he or she was bullied by someone else.

Some ways we are all bullied:

Some research by brain scientists has shown that this could be true — that we have become a more violent society, due to our daily exposure to violence — in our neighborhoods, in video games, online and in the news.

The reason is that this kind of thinking causes a division between opposing forces — the good always trying to overcome the bad.

We need to think for ourselves! When we unconditionally accept information that so-called “experts” feed us — without checking on the truth ourselves — we surrender to authority.

Shouldn’t we, like detectives, always question authority, and check the facts in any situation?

Every day the media bombard us with information — some of it is intelligent, helpful, and fun. The media can give voice to helpful organizations and to people who need help. We can know instantly what’s happening halfway around the world, which can be exciting or devastating, and remarkable.

Unfortunately, the media can also misinform us. That’s why we need to learn how to tell the difference!

Conflict is a reality to be seen in our brain every moment. If we do not SEE it happening to us, there is no way we can understand it.

Become AWARE of any interface situations on the Internet that trigger a conflict inside you!

Some research has shown that when kids “swim” online with whales, they believe that they have swum with them – for real.

If so, can it also be true that when you play war video games, they feel so real that you believe you’ve actually fought in real, live battle? If this is the case, could playing war video games inspire you to want to fight in a real war – without understanding the consequences?

A $13 million dollar war experience center was built that featured videos and war games for kids age 13 and above to play. Unidentified recruiters were posted at this Center to “answer questions” and hopefully intrigue young people to join the military.

Protesters uncovered these intentions and shut down the Center. They claimed that kids playing war games were tricked into believing that they were unbeatable and could become heroes by joining up and serving. 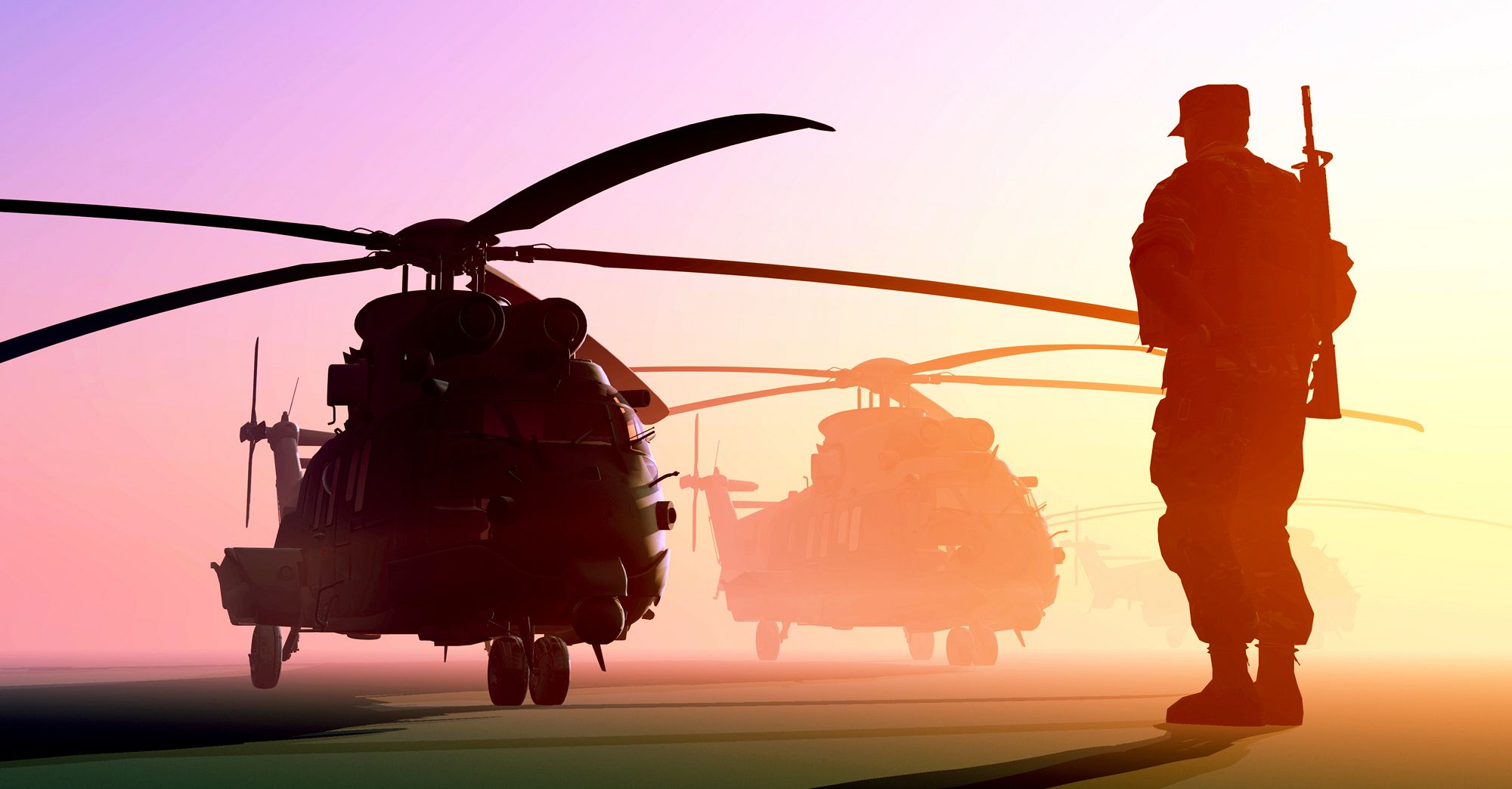 Enemies and Heroes Are Illusions

The Dictionary defines “hero” as a person of distinguished courage or ability, admired for brave deeds and noble qualities.

A “hero” often arises from a conflict situation where there is some kind of “enemy.” We humans create warriors, tribes, battalions and armies to protect ourselves. And so we create heroes and enemies, believing we need them to survive. 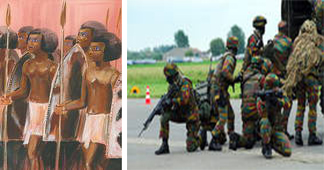 Once we SEE and UNDERSTAND what we do that creates conflict, we can free ourselves of our conditioned thinking.

Free of our conditioned thinking, we would not have enemies. And without enemies, perhaps we also won’t need heroes.

It’s time for people all over the world to be willing to UNDERSTAND and ACCEPT all of our differences – and SEE how we humans have been divided by organized beliefs – by our patterns of conflict and war.

How Do These Patterns Get Started?

Our hero has been created by us! So, our hero is our own creation, our own illusion!

Countries that go to war dream of glory. No one wants to think about the reality of war.

Our primitive biological brain is maladapted — not able to adapt to what’s necessary for our real survival — which is UNDERSTANDING and INSIGHT! 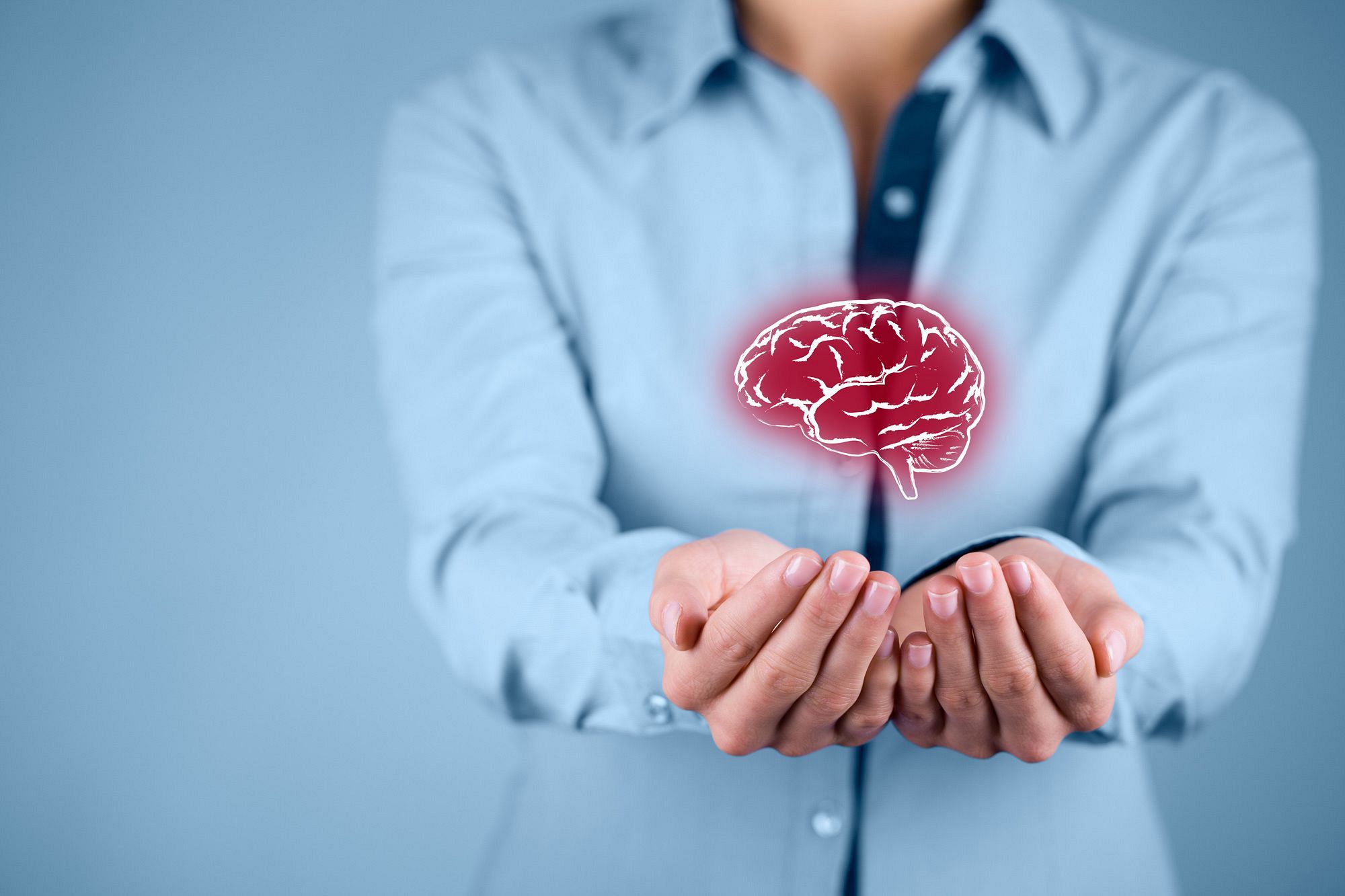 Look at the image below. What do you see?

The Truth
Soldiers carrying guns are asked to kill and may be killed.

What creates peace is understanding. What prevents it is hardwired conditioning. 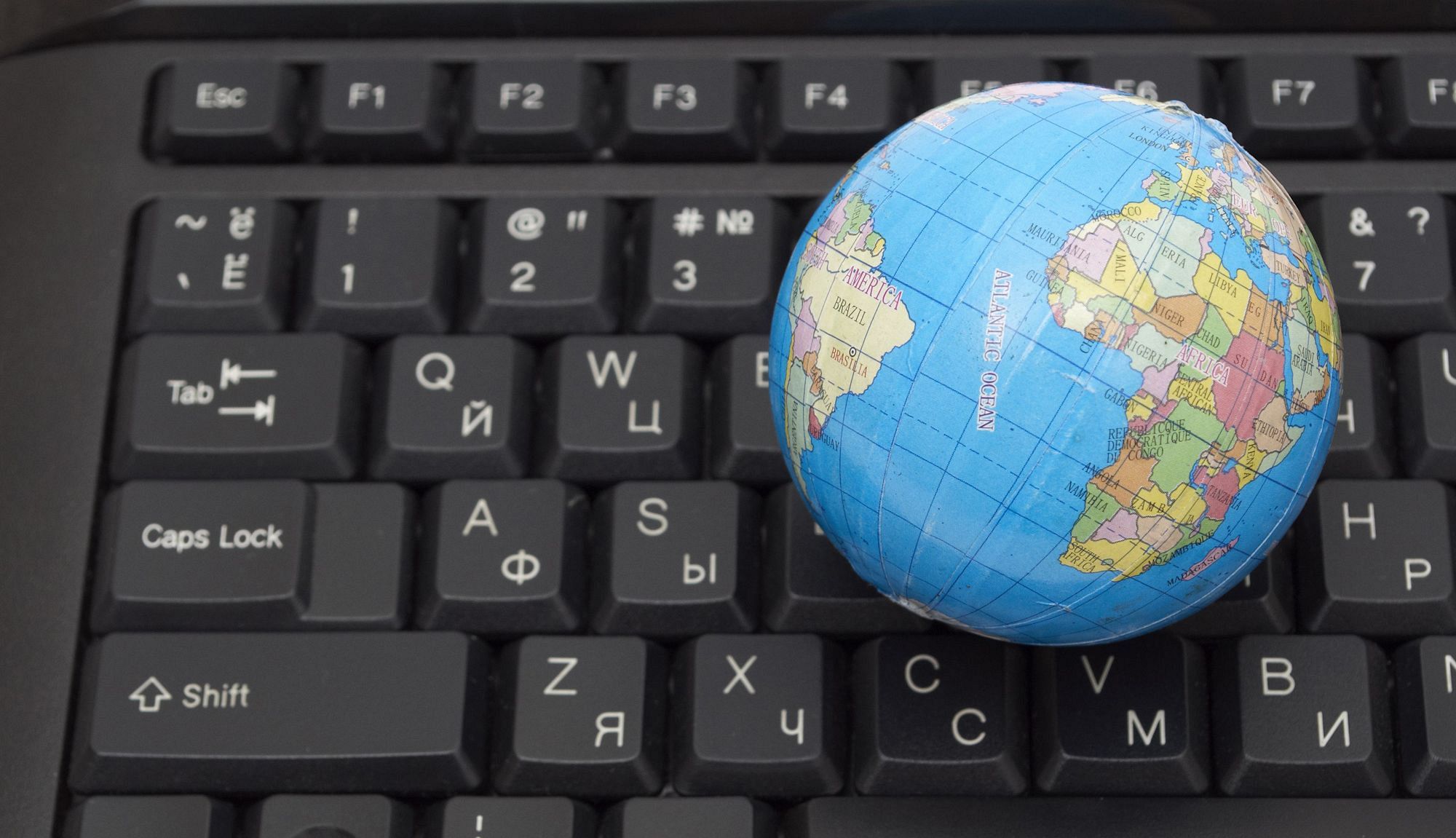 The Rollins College's Peace Monument, erected in 1938 and dedicated on Armistice Day by college president Hamilton Holt, consists of a German artillery shell surrendered by Germany at the end of the First World War mounted on a pedestal bearing the following inscription. The remains of the plaque still stand at the college in Mills Hall.

Pause, passerby, and hang your head in shame.
This engine of destruction, torture and death symbolizes:
The prostitution of the inventor
The avarice of the manufacturer
The blood-guilt of the statesman
The savagery of the soldier
The perverted patriotism of the citizen
The debasement of the human race
That it can be employed as an instrument of defense of liberty, justice and right in nowise invalidates the truth of the words here graven. 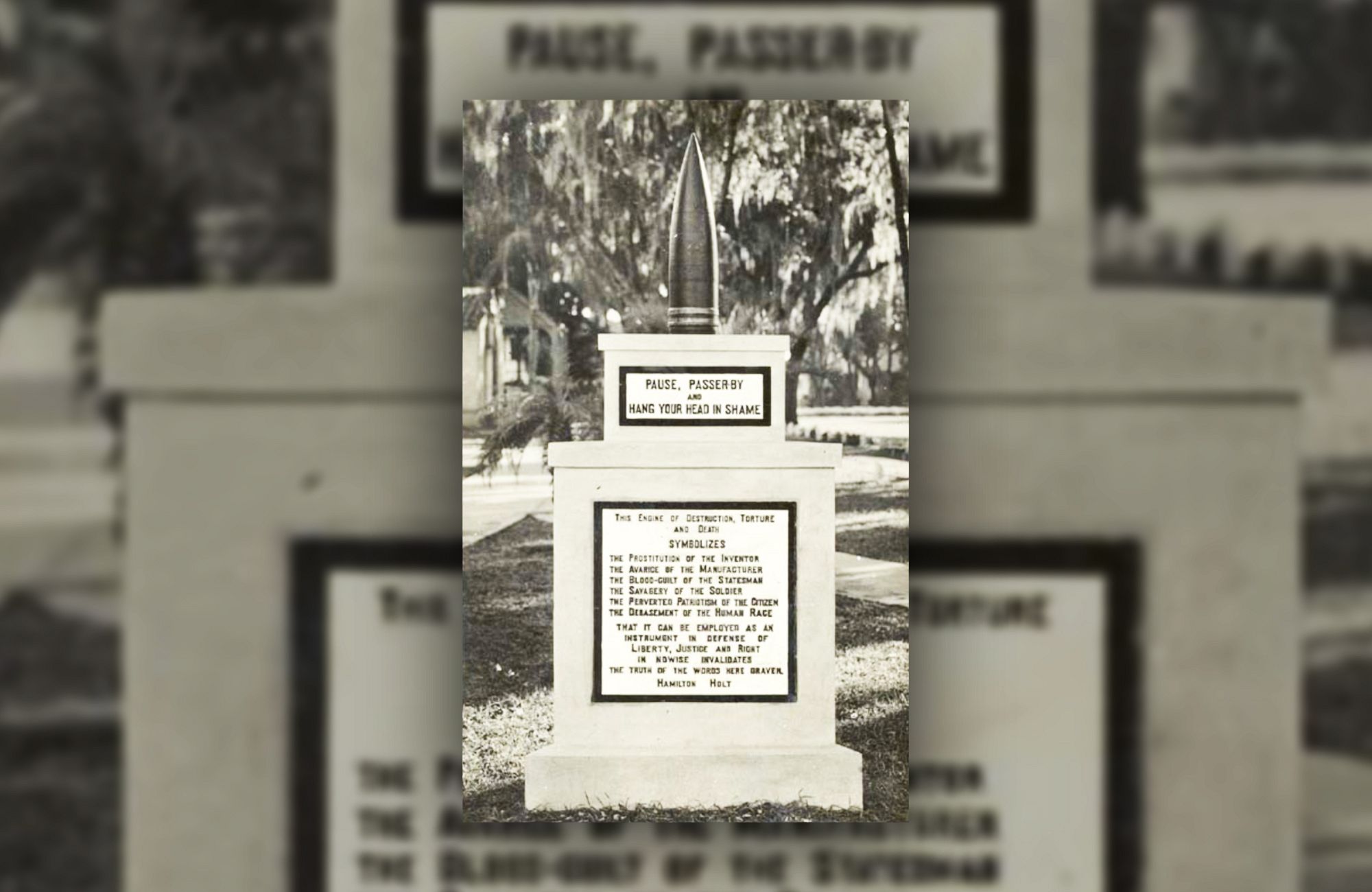 Some Cultures of the World

Culture consists in the shared admiration for all humans within a communal society, one that advocates a shared responsibility in its cooperative lifestyle, one that encompasses the shared values that make up the entirety, one that does not create ethnocentric barriers in its self-realization, one that honors the individuals within the whole as a whole. 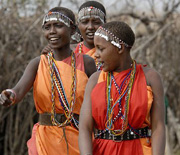 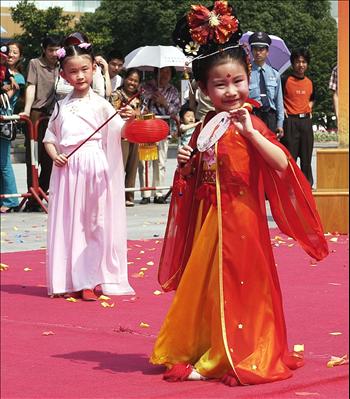 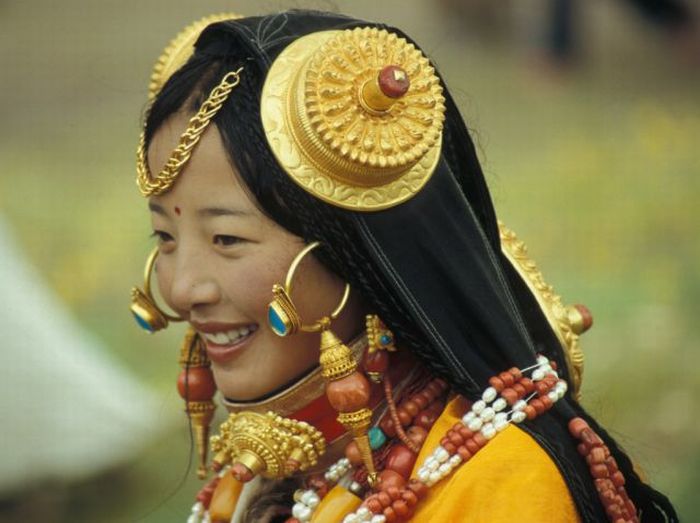 Can you guess where this woman comes from? 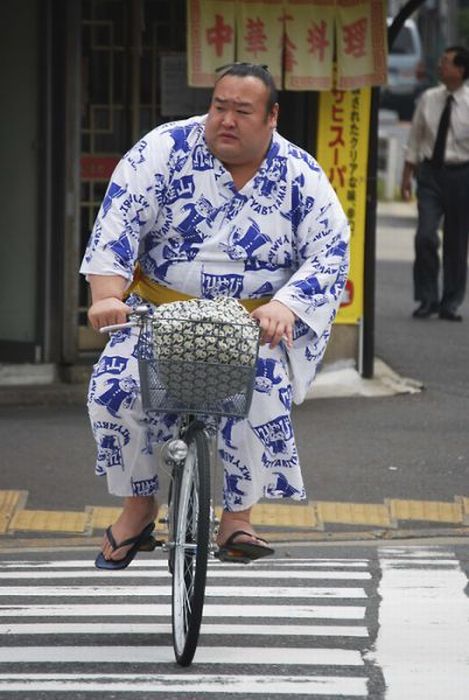 Who is this man, and where does he come from?

So many wonderful cultures!