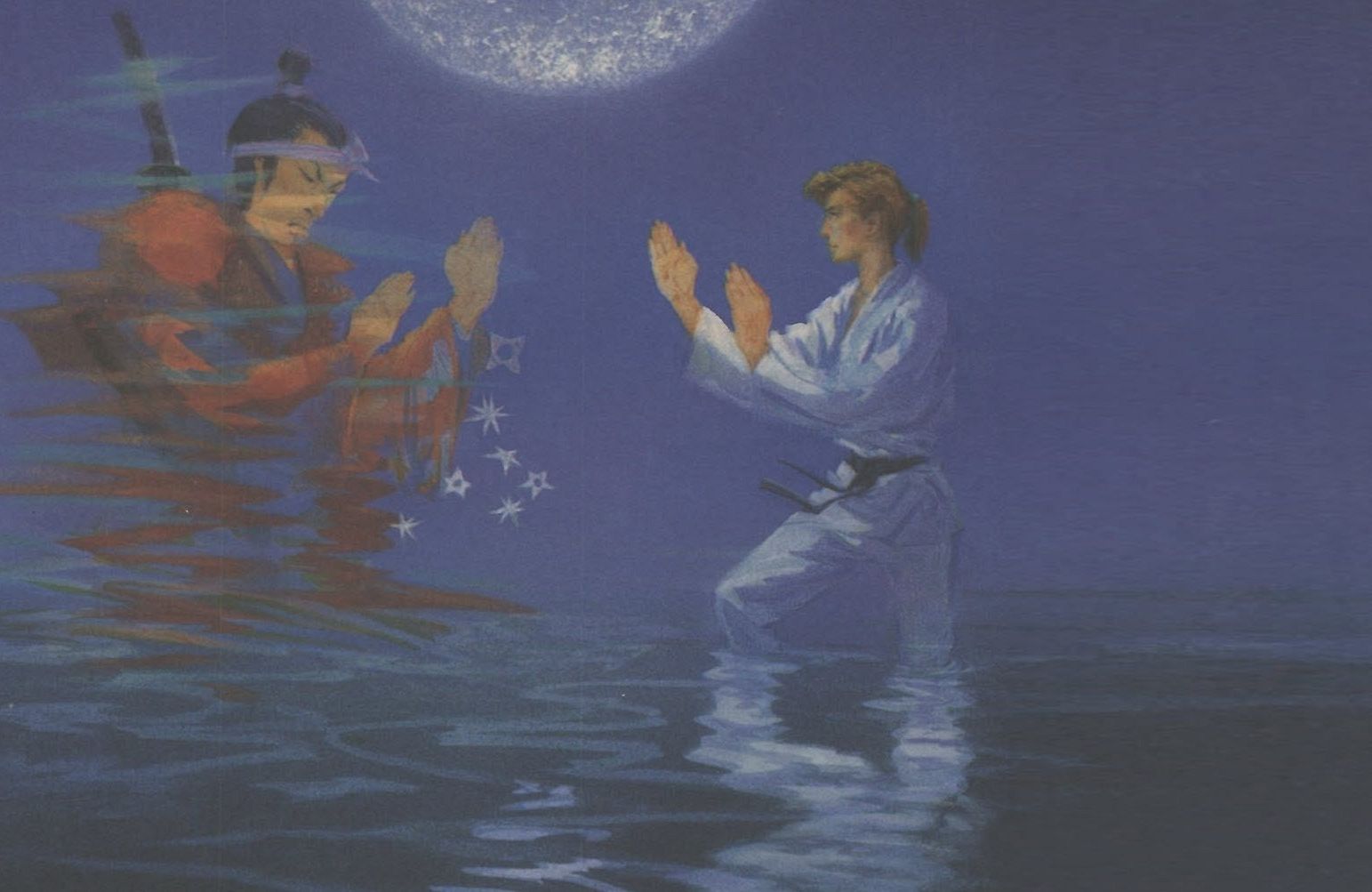 Breaking the Chains of the Ancient Warrior

Life is a Challenge, a Test of Courage and Skills

Inspirational stories for martial arts students presenting tests of wisdom involving attributes including honor, strength, humility, peaceful conflict resolution, and love. Each test contributes to character development
You will need to develop your character or spirit to meet the ups and downs of life. But, even more importantly, as a true Martial Artist, you will need to develop a very strong character, a brave spirit to face the Ancient Warrior within you and in the world.

That is what this series of tests is about—to give you that strength of character to understand and "defeat the enemy without fighting." The image of the enemy is what creates the warrior.  The greatest enemy is fear because it is what keeps the Ancient Warrior alive.... The greatest test in being a Martial Artist is to conquer fear. When fear dies, the Ancient Warrior will be defeated.

Are you ready for the tests of character? Can you face the Ancient Warrior with respect and learn from your encounters? Respect creates attention; attention brings about learning and in learning, intelligence will flower. It is this flowering, this awakening of intelligence, that will conquer fear and break the chains of the Ancient Warrior and the hold it has had on us for thousands of years.

"The author who holds the world record for the most awards in our (martial arts) industry is, hands down, Dr. Terrence Webster-Doyle. As resources for the understanding and nonviolent resolution of conflict, his books have won widespread awards – from places as far-flung as Moscow and Panama – and critical praise. He has probably brought more literary credibility to our field than any one else in our lifetime.”
John Corcoran, MA Succes

"The books of Dr. Webster-Doyle are the first attempt I have seen to explain to young people and adults the concept of martial arts as a peaceful, nonviolent 'way of life' and to give students the tools to accomplish this goal."
Linda Lee Cadwell 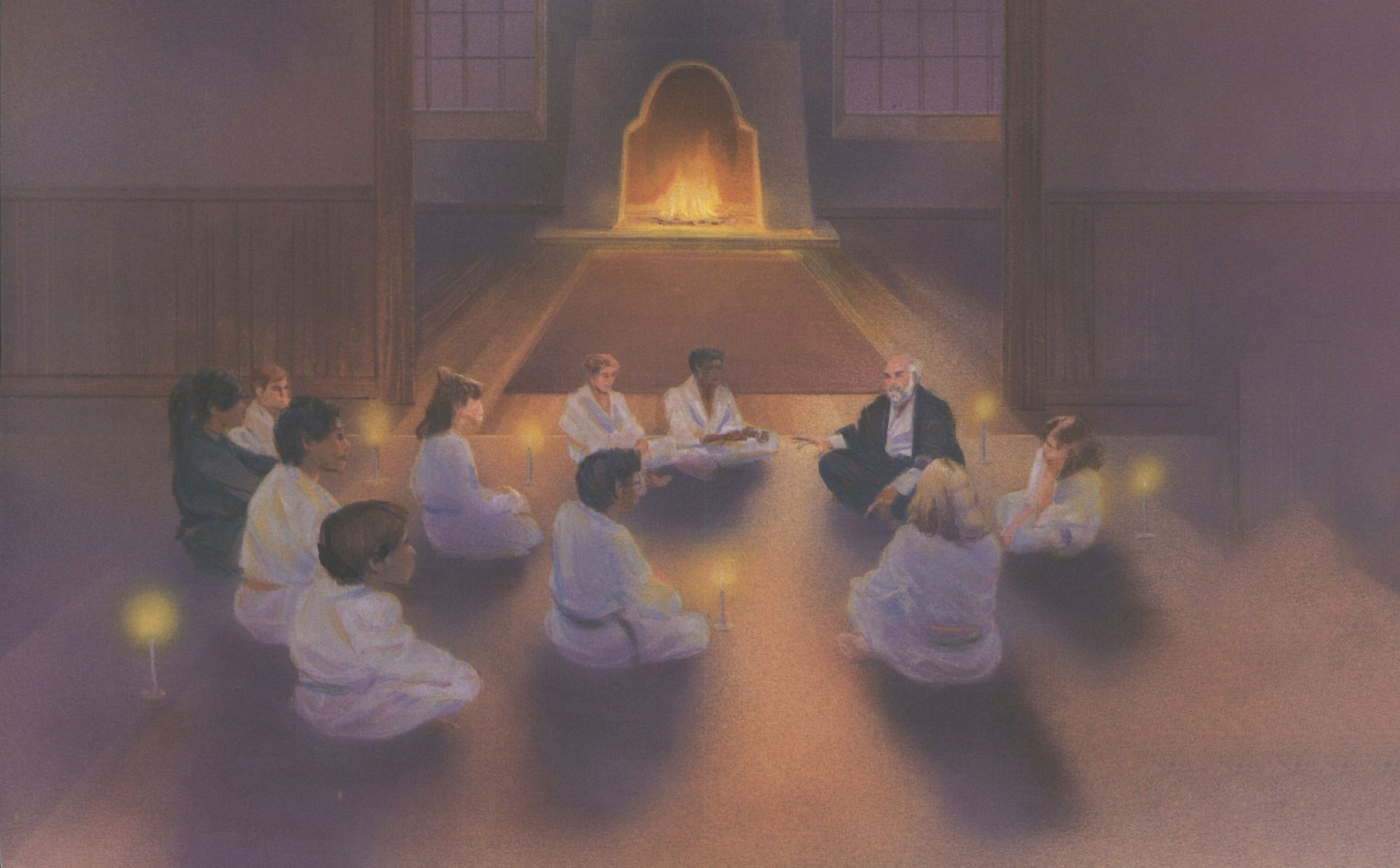 Breaking the Chains: A Test of Respect

"Let me tell you the story of the shadow," the Teacher said, stroking his white beard. The students sat upright in the old practice hall. The creaking of the trees in the night wind with the crackling of the fire somehow made the room both eerie and cozy. Shadows of the students played on the wall, enlivened by the fire in the large, stone fireplace. A screech owl cried, sending shivers down the back of each student. The Teacher leaned forward, his bright eyes ablaze, a neatly frayed Martial Arts uniform cloaking his massive body...

"Do you understand the meaning of the shadow?"

The students leaned forward in anticipation.

"Let me tell you its tale. There was a man so disturbed by his own shadow and so displease.cl with his own footprints he made up his mind to get rid of them both. The method he came up with was to run away from them. So he got up and ran. But every time he put his foot down, there was another print. And his shadow kept up with him without the slightest difficulty. He thought perhaps he was not running fast enough. So he ran faster and faster, without stopping, until he finally dropped dead. He failed to realize that if he merely stepped into the shade, his shadow would vanish. And if he stopped moving and sat down, there would be no more footsteps.

"Students," the white-bearded Teacher went on, "each of us has a shadow, and we all leave footprints in time. We are inheritors from our ancestors. Human beings have been violent creatures for thousands of years, fighting each other in endless wars. We have inherited this violence from our warrior past; we are the children of the Ancient Warrior. We are still violent, war-like creatures who fear the dark side. Violence stalks us like our shadows; it is inseparable from us. We only pretend we have gone beyond our primitive past. But, like our shadow and our own footprints, we cannot run away from the violence which is part of who we are.

"Dear students, the most important intent of the Martial Arts is to free us from this warrior shadow, break the chains of the past, and allow us to emerge as new human beings who have understood this immense problem and gone beyond it."

The flames of the fire played softly and silently on the figures in that large, old room. The polished wooden floor beneath them was hard and well-worn from years of practice.

"Our challenge as Martial Artists is to become new 'warriors,' Martial Artists for peace, Martial Artists with courage and understand­ing, seekers of truth. Most people see the Martial Arts as training in violence. Unfortunately, Martial Arts have too often been promoted and practiced solely as a means of physical self-defense-and not as a com­plete endeavor, incorporating the physical, mental, and spiritual.

"Your challenge here is to explore and uncover what this shadow is, how the Ancient Warrior in us can be met and understood, and to become free of these chains from the past which hold us in bondage, keep us in darkness, conflict, fear, and violence. Together we will ex­plore this Ancient Warrior shadow in each of us; for to understand and go beyond conflict, the inheritance of our warrior past, is the ultimate purpose of studying the Martial Arts. Through this study, we examine the 'martial' in ourselves, our attitude that through war we can bring

about peace, a destructive attitude which has been passed from genera­tion to generation, carrying with it tremendous suffering and sorrow. Can you see the importance of why we study the Martial Arts? Oh, dear students, begin to see this and you will begin to break the chains of the past and become free to live healthier, happier lives."
The students listened intently to their Master Teacher, for they realized he was speaking of something very important. They had come to this school from all over the world, sent by their Teachers and par­ents to study with Master Teachers who know and teach the real mean­ing of the Martial Arts. They had all been carefully selected to spend this time together. Many had applied, but only the serious were eligible. This was a great privilege, not to be taken for granted.

''You have been specially chosen to be here at the International Martial Arts for Peace Camp," the Master Teacher said forcefully.

"Make good use of this time. We will be putting you through a series of challenging character developing tests you will need to meet and 'de­feat' the Ancient Warrior. If you pass the tests before you, you will re­turn to your schools world-wide, able to teach others about the Ancient Warrior-that which creates such tremendous violence and war. You will be ambassadors of peace, MartialArts Educators for peace dedi­cated to understanding what creates conflict in human relationships and what it means to free oneself from the past. This is a serious under­taking, students. One that is very real. We are not playing games here! From this moment on, you will be constantly tested to see if you can meet the challenge. This is a trial of your strength and intelligence. It will be hard both physically and mentally. Remember, the most impor­tant weapon you have is not your fist nor your feet, but your brain-for to understand and defeat the Ancient Warrior, you will need to be very alert, aware, focused."

The moon shone through the window, softly pouring its light across the floor. The wind ceased and the fire grew dim.

"But first, it is time to sleep-to gain strength for the weeks to come, for the tests about to begin," the Master Teacher concluded, look­ing intently at each student.